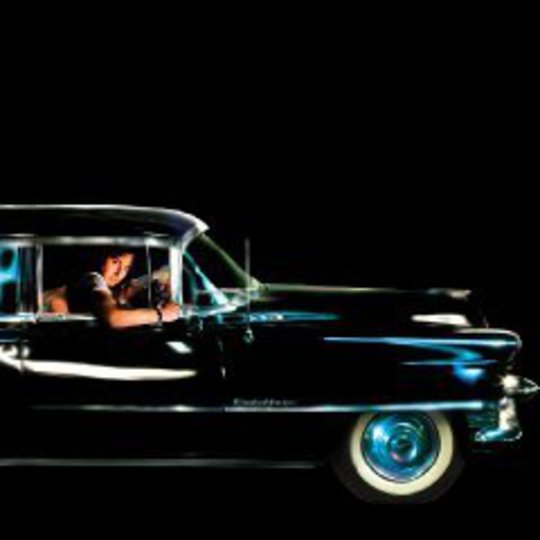 For those who know Andrew WK purely as the party-rock good time boy of 2001 debut album I Get Wet - as succinctly embodied in UK top 20 single 'Party Hard' - 55 Cadillac will come as something of a shock. An album of 'spontaneous solo piano improvisations', it was composed and recorded in just two hours. For those who have kept tabs on Andrew WK throughout his career, however, perhaps the shock is only minor, this being a man whose disparate activities include two cover albums of Japanese pop songs, touring America as a motivational speaker, producing a Grammy nominated album for Lee 'Scratch' Perry and even hosting his own TV show, Destroy Build Destroy, on Cartoon Network. WK's piano playing days do in fact precede all these activities; having played classical piano since age four he describes the instrument as the "root of my whole musical experience".

The album being entirely piano based save for a few sound effects, it doesn't take long for WK's ivory virtuosity to take centre stage. 'Begin the Engine' opens the album (after the sound of a car engine starting of course) with brooding bass notes over which are sprinkled flurries of mid-range and treble tinkling. The song continues at an incredibly strident pace for the most part until WK ups the ante by traversing the treble notes in incredibly fast (what sounds like) triplets or quadruplets (or something like that). Muso-ish or not, the track still hits you square in the gut, and for most of the album WK's technical ability puts him in good stead, as he rarely sounds short of ideas on where to go melodically and rhythmically.

However, there are moments where the improvisational nature of the undertaking lets WK off the leash for a little too long. 'Night Driver' features a tuneless minute long passage (although it feels much longer) where it seems like he is just repeating looping treble notes because he doesn't know where to go next. 'City Time' has a lot going on, but not a lot going for it, its barrage of notes unaffecting and lacking anything resembling a hook. Equally though, there are tracks where the whims of WK create something special. In 'Car Nightmare' the ascending bass riffs suddenly give way to spare treble notes which are then underpinned by a dancey two-note octave bass figure of the type so often played on bass guitar (e.g. Interpol) or synth (e.g. The Faint).

It's noticeable that the two highlights of Cadillac 55 hardly sound improvised at all such. Shortest track 'Seeing the Car' has a grand sounding chord progression which WK adorns, rather than clutters, with various melodic flourishes before the pace suddenly quickens and the song finishes as an upbeat romp. The simply titled '5' is the most atmospheric track, the sound of chirping crickets continuing for over a minute into the song's plaintive and stately piano chords. Where one might expect to hear swelling strings instead the piano itself swells as various melodic motifs are woven together beautifully into a complex patchwork of sound. In this day and age we are used to solo musicians creating wonderfully rich layered music with the advantage of overdubbing, synth arppegiators, loop pedals and so on, but it's rare to hear someone do so with just one instrument, for which Andrew WK deserves credit. The only track which features additional instrumentation is album closer 'Cadillac', an otherwise pleasantly mid-paced number ruined by some cheesy soft-metal riffage on the outro. Its principle achievement is to highlight how gorgeous the preceding unaccompanied piano is and how easily it can be ruined other heavy-handed instrumentation.

The album title refers to the jet black 1955 Cadillac Fleetwood which also appears on the cover and was Andrew WK's muse for this album. He has stated that he wants the listener to feel like they are in the car with him and that's he playing piano just for them. I'm no expert on classic cars, so I can't claim to know what it's like to be inside a '55 Cadillac, but what I can say is that, rather than evoke a very specific setting, the spare instrumentation encourages the listener to imagine their own musical or visual setting. While the album concept may be flawed in execution this daring approach to composing and recording has resulted in an record which, regardless of its indulgences, is at least an intriguing listen and one which rewards patience with some moments of sublime ear candy.