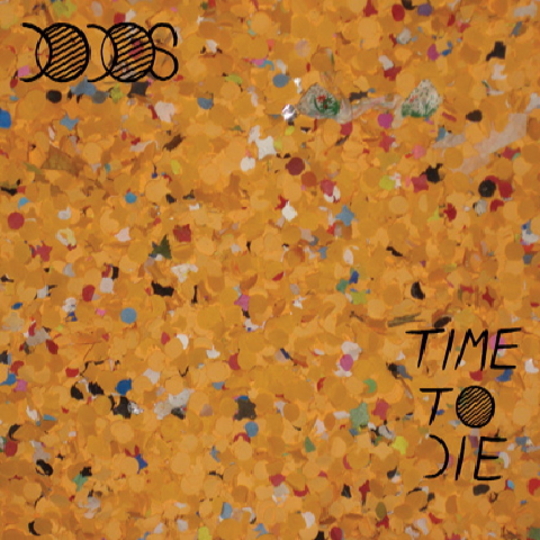 In the two years since the Dodos caught their big break, opening for Les Savy Fav and later Akron/Family, they have signed to Wichita, released a critically acclaimed second album, toured relentlessly on both sides of the Atlantic, and recently added vibraphone player Keaton Snyder to the lineup (not to be confused with Joe Haener, who sits in on xylophone and toy piano for live performances). There is a Miller Chill television commercial featuring ‘Fools’ (from 2008’s Visiter), a song so infectious it’s easy to overlook the fact that the beer tastes like rat piss. It must seem like a whirlwind ride for singer/guitarist Meric Long and drummer Logan Kroeber, a long way from selling homemade t-shirts and CDs in the dingy dive bars they used to play. Sometimes hard work and talent really do pay off.

The Dodos built their reputation upon frenetic live shows, where instrumentation includes foot tambourines, toy pianos and looped trombones. Long might be finger-picking his guitar from a stool, but it feels as though he’s a coiled spring, poised and ready to leap into the audience at a moment’s notice. A kick drum would only hinder Kroeber’s West African-influenced drumming: percussion rips through the Dodos’ songs like a series of devastating earthquakes. On the band’s first two albums the translation to tape went surprisingly well, which makes Time To Die’s approach all the more confounding.

On their third full-length, the Dodos appear out of breath, as though it would have made more sense to name the album Time To Rest. The production is out of sync with the band’s strengths, focusing on melding their disparate parts into a singular identity. It comes at the expense of the terrific interplay between Long’s guitars and Kroeber’s drums. Though it’s probably unfair to lay the blame for the album’s shortcomings entirely on the doorstep of producer Phil Ek (Built to Spill, Modest Mouse, Fleet Foxes), the songs in this collection lack the varied textures we’ve come to expect from the band. On Visiter there were delicate inflections, funeral marches, country hoedowns and extravagantly syncopated drumming, all within the framework of frenzied blues-rock masquerading as acoustic folk. The tendency on Time To Die is to shy away from the eclectic elements that made their previous albums such dynamic adventures.

That said, the Dodos’ basic formula is a pretty damn good one. Long’s boyish vocals shine on ‘Longform’, whose breakneck guitars and drums that pound like a cacophony of muffled heartbeats through a stethoscope make it the highlight of the album. In fact, there are few noticeable weak spots. Still, neither are there many bright spots to fawn over. Long’s barbershop-quartet delivery is less effective elsewhere on the album. The vocal intro on ‘Two Medicines’, for example, is downright grating. When Long sings, “You feel nothing,” he more or less summarises what you can expect to take away from the track. ‘Acorn Factory’ has an interesting guitar melody, but lazy lyrics (“I feed you / You feed me back; I made you / You made me back”) discourage any emotional investment.

There’s an imperative for bands to develop and expand their music, and it’s certainly not difficult to imagine the Dodos getting back on track and delivering on this premise. But for the moment they have tightened the experimental purse strings, offering a less rewarding batch of songs than they’re capable of creating. Ultimately, what makes Time To Die disappointing is its unwavering stylistic pacing. It’s entirely possible to gloss over the bulk of the album without looking up. That attribute might suit (Phil Ek-produced) the Shins fine, but not the Dodos. Yet they are far too talented to be written off after one less-than-stellar effort. The difference between the ho-hum effort of Time To Die and the bristling energy emanating from its predecessor is a fine divide — one I’ll lay odds the Dodos will have conquered before the next go-round.