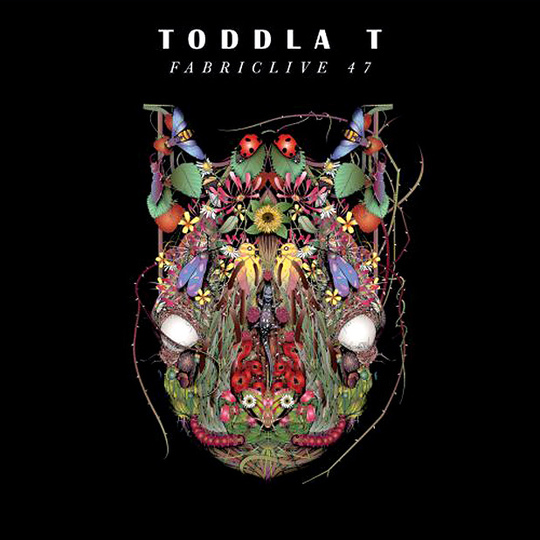 The influence of Jamaica on Britain’s current musical landscape - specifically in the aftermath of the post-rave electronic explosion - cannot be overstated. It was the influence of dub soundsystem culture and its emphasis on winning bass weight that gave rise to the feverish soundclash of jungle, which can stake a fair claim for being the most important factor in the evolution of the UK’s own unique dance music heritage, as it diversified into speed garage, two-step, drum‘n’bass, dubstep, grime and all manner of weird and often wonderful hybrids.

The jury is still out on the internet’s long term impact on the health of local scenes and the industry as a whole, but it’s undeniable that some brilliantly odd cultural clashes have been thrown up as the Web 2.0 generation have become ever more reliant on technology for their fix. It has been fascinating to hear homegrown sounds feed back into the cultures where their origins lie and absorb other global influences along the way; whether that’s felt in the ‘anything goes’ urban plundering of Diplo and his protégés, in the shock factor of Gang Gang Dance recording a song with Tinchy Stryder, or in the bent-double Africanised percussion patterns of the rising wave of UK funky.

Bleep-city producer extraordinaire (he’s worked with Roots Manuva, Bashy, Tinchy Stryder and the whole Get Familiar lot) Toddla T takes a similar ‘anything as long as there’s lots of bass’ attitude towards his DJ sets as Diplo. However, where the Floridan reaches far and wide for inspiration and street beats, Toddla’s are of a distinctly homegrown bent. Which is where the Jamaica connection comes in: rasta samples and rapid-fire MC chatter are the focal point of Fabriclive.47, a collision between his debut album Skanky Skanky’s digital dancehall and everything else that seems to find its way into his record box. And it’s great – while Kevin Martin took the same ideas to the dark side with The Bug’s London Zoo, Toddla pulls to the fore all the lighthearted humour and carnival energy bubbling below the surface and works it into a technicolour free-for-all.

The early part of the set is a slow build to the inevitable release. When it comes, with Backyard Dog’s ‘Baddest Ruffest (Pipe & Slippers Mix)’, the mix explodes in a flurry of ragga rhythm and rudebwoy attitude that barely lets up for the rest of its hour’s length. So you get Roots Manuva on top form with ‘Amen’ chopped roughly into Bristol boy Clipz’s unrelenting jump-up, Diplo’s bump‘n’grind remix of Bingo Players’ ‘Get Up’ welded to Drums of Death’s shuffling fidget house, and an entertaining disregard for genre that sees three or four different beats stuck together, often within the same minute. Toddla T isn’t one to sit still for long without editing the hell out of whatever he’s playing – which, depending on how you feel at the time, is either a brilliant way to keep the pace or an irritating tic, when a tune as wickedly infectious as Lil Silva’s ‘Funky Flex’ appears for all of 30 seconds. Similarly, much as host MC Serocee’s relentless chat lights up the set and hides the seams of a couple of awkward mixes, his persistent attempts to sell Toddla’s album do little to convert to his cause. Still, any DJ that can take source material as solid as Untold’s slithering ‘Anaconda’, tear it to shreds and reassemble it into something even weirder has got to be doing something right.

I suspect that Toddla T’s music wouldn’t be that different in essence whether or not the internet had come along and made global influences so accessible. Even as he fuses elements of every bass-heavy genre under the sun there is a cheeky local humour – Serocee’s shout-outs of “I love hard house!” - that places him defiantly in Sheffield, as distinct from London with its tendency towards more reserved crowds and ‘serious’ dance music. It’s this strength of character that makes it unlikely you’ll hear a more straight-up fun mix this year.