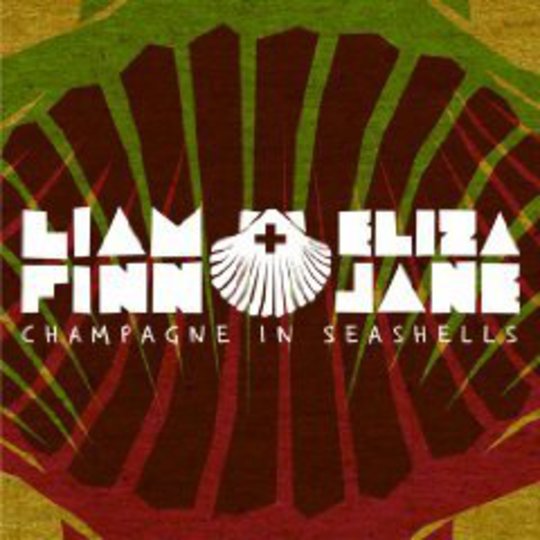 It's easy to see what Liam Finn is doing here. But it's hard to escape the significance of a surname; just as it's pointless to deny that anyone's behaviour isn't just a betrayal of their genetic predisposition. Finn's lineage – Liam is the eldest son of the former Split Enz and Crowded House frontman, Neil Finn – aids and addles his music in more or less equal measure. Occasionally Finn's new EP Champagne In Seashells fizzles with appealing and instantly recognisable melody. More often, however, it seeks refuge from easy son-of comparisons in one-way, experimentalist flourishes that promise much, but ultimately deliver very little.

It's a trade off between sticking to what comes easy and a desire to conjure a sense of individualism that pays little dividends and leaves Finn, or at least this EP, feeling a little lost. Finn's first full-length album outing I'll Be Lightning was a far less rudderless affair, but inevitably attracted some 'so-and-so track could easily fit on a Crowded House record' comparisons and quasi-criticisms (do you like Crowded house?). Yet the ironic thing about these kind of observations is the way they affect the music maker far more than the music buyer. It's all well and good breaking from the shackles of tiresome family linkages and associations, but if you're boring the tits off of vast swathes of core supporters in the process then no one is winning.

Unfortunately for Liam Finn, his new EP really doesn't do much winning and does more than its fair share of boring. It reaches its experimental nadir on the pointless final track, 'Captain Cat Is Crying'. Dylan Thomas's Under Milk Wood surfaces as Finn juxtaposes Richard Burton's iconic narration with the kind of tawdry noise-scaping a 1970s BBC sci-fi special effects team would be proud of. At nearly nine minutes long, it redefines 'filler'. The preceding track, 'On Your Side', features Finn's live companion Eliza Jane, but even her sultry vocal talents can't lift the song out of its languid torpor. The mood isn't helped by lolloping, homespun beats that are unlikely to force The Postal Service out of retirement anytime soon.

The EP's strongest juncture is probably its opening track, 'Plane Crash'. It follows a pretty standard starts-quiet-gets-gradually-louder formula until it explodes unexpectedly into life. Unfortunately, exploding into life (repeatedly) with lyrics as bad as “Plane crash! Man! Woman!” does little apart from transform a mushroom cloud vision into a harmless, powder puff letdown. 'Long Way To Go' struts with an Evil Urges type of funk, minus a Jim James type of falsetto. Like his father, Liam Finn's voice is immediately identifiable, but oddly uninspiring.

Champagne In Seashells' middle two tracks are equally insipid and really would sit quite comfortably on a Crowded House record (and not a strong one). 'Won't Change My Mind's bittersweet melody is pleasant enough, but by minute four the song has finished. The coda transports the listener to what initially sounds like a Madagascan jungle but ends more like a lift playing obscure Tropicália muzak. It's a long six and a half minutes.

So it's not great, then. Perhaps Champagne In Seashells' experimental forays are merely trial runs, and Finn is keeping his aces close to his chest. Let's hope.