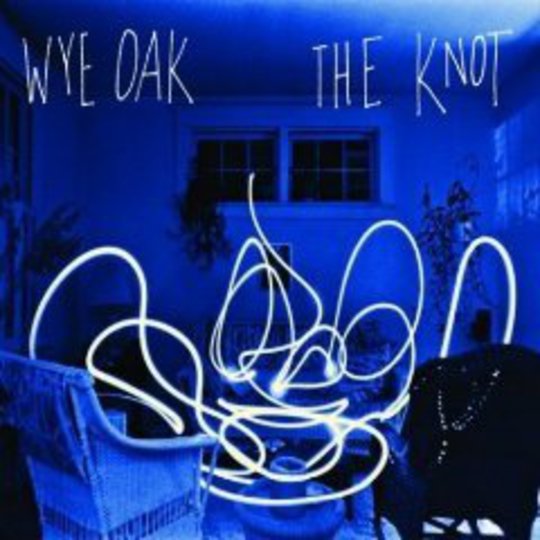 It’s not often that albums absolutely connect from the off, but damn, it’s a good feeling when they do. The opening riff of The Ugly Organ exploding from my car speakers; the tidal wave of anger and righteousness that The Holy Bible wreaked upon my tape deck; the finger-picked beginnings of XO that stopped me in my tracks; the icy embrace of Ladies and Gentlemen We Are Floating in Space making a case for permanent residency in my hi-fi. Although Wye Oak's The Knot isn’t about to join the hallowed ranks of the aforementioned just yet (let’s get hold of ourselves, shall we?), its opening salvo has certainly hit me harder than anything else in recent months – quite a feat considering the tinny laptop output and sweltering temporary residence it had to contend with. It’s good, then? Yeah it is.

Exactly why some albums – some assemblies of words and notes sewn together – impact on the listener with such force is hard to define, though what The Knot holds in common with the above is easy enough to pinpoint. It’s the outpouring of emotion; the channelling of sheer feeling that reinforces and bolsters every note and sinew of its opening two songs. And when the second of these finally breaches from languid verse into a cacophony of distortion, wailing slide and pummelled skins, the effect is… well. It’s awesome.

Opener ‘Milk and Honey’ coasts in against an irresistible kick-drum, ivories and handclap combo – a glistening drone blossoming into deep, rich brass – before the four chords constituting much of ‘For Prayer’ acquiesce to said roof-raising breaks. “Baby, what’s all this about?” asks Jenn Wasner early on, resigned to relationship fallout. Later: “you scratch yours and I’ll scratch mine.” ‘Twixt such coruscating bursts of noise, her words resonate with untold levels of hurt – softly prodding, sweetly contusing; delicious bruises left in their wake.

It’s a high benchmark they set themselves indeed. The ‘they’ in this case are Maryland duo Wasner (guitars/vocals) and Andy Stack (drums/everything else), and quite how they pull off this amount of noise in a live setting is honestly beyond me (though they do, apparently – and very well, if reports are to be believed). Perhaps inevitably (slightly disappointingly), these early peaks are never quite replicated over the remainder of The Knot’s 45-minutes. It’s a fine listen though, variously recalling a number of indie-rock’s top-drawer (Yo La Tengo’s blissful drone; Land of Talk’s serrated power and husky vocals) while maintaining enough imagination as to remain defiantly unique.

Much of this can be attributed to the agreeably organic arrangements throughout. ‘Talking About Money’ chugs along convincingly atop strings and brushed percussion, while epic centrepiece ‘Mary is Mary’ strays just the right side of sedate, rustling and brooding with delectable finesse. ‘I Want for Nothing’ kicks off with a brace of orchestration oddly reminiscent of Elbow’s victory lap ‘One Day Like This’, similarly holding a graceful, smile-inducing gait. Perhaps it’s the contentment it seems born out of; whatever it is, it’s one of the strongest songs here, vying with the dream-pop of ‘Siamese’ (where a sunny exterior belies dark lyrical turns), swelling melodies of ‘Talking About Money’, and almost tribal invocation of ‘Tattoo’ – and of course its bristling opening pair – for top honours.

Although it falls a few steps shy of wowing unreservedly, The Knot remains a poised and compelling second album. Most encouragingly, it points towards a promising and sure-to-be-interesting future from its makers; one where light and darkness grapple over a sonically engaging, muscular backdrop.