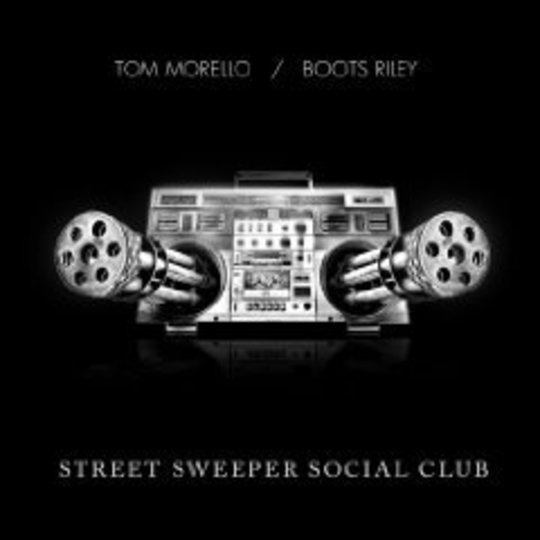 What happens to a musician after they've made a perfect first album?

It's a question that's fascinated me for years. What do you do for the rest of your life when you achieve your childhood dream? Do you try bottle lightning again, or move onto something else? If you do try and move on, will circumstances let you?

It's a question that I'd like to think is relevant to the members of Rage Against The Machine. Like it or not, RATM's first album was a epoch-changing record, and its members' subsequent works – both as RATM and apart – have rarely lived up to its skyscraper-high standards. Thus, it's not without trepidation that I approach Street Sweeper Social Club, the latest project of RATM guitarist Tom Morello. Could it possibly live up to the benchmarks of the past.

It won't be a huge surprise to many that the answer is 'no'. From the intro to opener 'Fight!Smash!Win!' it's evident that this is an exercise in retreading ground already well-ploughed. Song structure, subject matter and Morello's riffs are all-too-familiar. While this might not be a bad thing in itself - the viscerality of Morello's playing can't be denied - the underlying problem is that it just sounds tired and formulaic. There's no fury, no anger, no – excuse the pun – rage driving the tunes. Perhaps the problem is that Tom is too content nowadays; perhaps he's just too middle-aged. The vocals of rapper Boots Riley don't help either – while he can put together a perfectly adequate rhyme, he just doesn't have the sheer power or presence of someone like Zack De La Rocha or Saul Williams.

Indeed, about the only real saving grace on the album is the penultimate track, 'Promenade'. Taking a more bass-heavy, hip-hop direction, the vocals and guitars actually seem to mesh in a more organic way than the rest of the album's karaoke RATM. And ultimately, that's what the album feels like: an attempt to relive the RATM era that falls far, far short of the bar. Save your money and go and listen to the real deal instead.