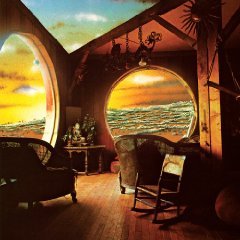 Quick plug for one of the great lost albums of the decade: I first heard Amber Webber singing on Early Day Miners’ Offshore (2006)»

'infinite light', lightning dust's sophomore album for jagjaguwar, finds duo amber webber and joshua wells (both of black mountain) calling upon the powers of classic pop arrangements and making the most of five days with a steinway grand piano. while webber and wells met through their involvement in what they described as two of the saddest bands in canada, the songs written for 'infinite light' found the two moving away from the uniformly downbeat. rather, the songs were more suited to lush and melodramatic arrangements. cue the strings. lightning dust have delivered a cosmic record about the adventure in finding love and the journey in losing and rediscovering 'the light.' "i declare a war on you, someday soon," amber webber warns soon into opener 'antonia jane.' and damned if she isn't singing the truth. following track 'i knew' is absolutely shot out of a cannon, driven by the ping / thud pulse and crusty keyboards of suicide and taken to flight by the fleetwood mac chorus your heart belts on the drive home after that first, anxious make-out session. it's a blazing, triumph of a song that permanently cauterizes any notion of lightning dust as a side project. later, on 'never seen,' lightning dust stunningly melds mystic, theatrical balladry into a dark, electro 'hounds of love.' while 'infinite light' is definitely more layered and lush than previous efforts, lightning dust's minimal aesthetic works well in the economy of musical theater, an influence for the record, wherein each song's movements aim to be more inspiring than the one before it. and this is suiting in that infinite light is a nod to 'the light of inspiration' that inspires us to keep dancing, creating and loving in spite of an encroaching darkness. it's a reminder that what makes the mountains so very, very black is a distant light somewhere on the other side. on jag jaguwar.
description from www.roughtrade.com