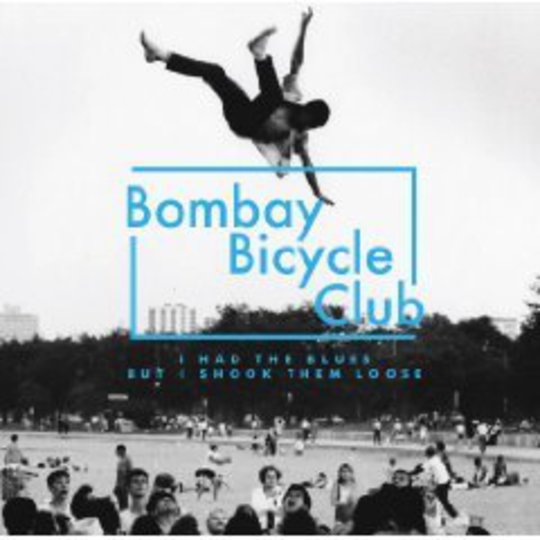 So, they’re very young. This is the ‘thing’ about Bombay Bicycle Club, their Big Deal. Formed as toddlers on the eve of the ‘New Rock Revolution’; lost their first milk teeth the day Silent Alarm was released; can scarcely remember how the world functioned before Spotify; naïvely named after a poncey London takeaway curry chain. One of these statements is true, and it’s the least interesting of the four.

BBC have a recurring problem with choosing this path of least interest. Their tentative debut moseys tastefully around credible indie influences, creating listless moods and excelling at not offending. ‘Mature’ some would say. I’m going with ‘extremely dull’. Jack Steadman’s voice is going be the dealbreaker for most. He bleats and purrs like some drunken cat over maudlin hassled guitar strings. Imagine Clap Your Hand Say Yeah’s Alec Ounsworth doing Fine Young Cannibals karaoke. Then surgically extract all the humour from that picture.

“I am ready to owe you anything” offers Steadman weedily on what should be the triumphant chorus to ‘Evening / Morning’. His lyrics are like a series of un-posted letters to unrequited crushes, and on ‘Cancel On Me’ he seems to be gently whingeing at a flaky lover for reneging on dates. It’s just as thrilling as it sounds. There’s no way out of this tedium, no single moment of catharsis.

‘Ghost’ is painfully uninspired, plodding around the same flat sections with instrumental monotony no less risible than Scouting For Girls’ never-ending “She’s so luv-er-ly” lyrical Holocausts. I’m reminded oddly of the first wave of post-rock influenced minor British bands, early Aereogramme or Seafood. Chords sometimes venture towards atonality but there’s a tiring inscrutability to the whole album. Everything resolves, songs are sealed hermetically tight. With production that’s an off-putting mix of artificial warmth and clinical precision, there’s no room for exploration.

There’s a likable lightness of touch to single ‘Always Like This’, raising the game slightly, and it’s followed by ‘Magnet’ which escapes its wannabe anthem template to mutate into an underwater trip hop variant of itself. Surprisingly this is one of the best moments here, and it’s one of the only times Bombay Bicycle Club seem to be taking any chances.

Bombay Bicycle Club. BOMBAY BICYCLE CLUB! That name! I can’t get past it. It’s like calling your band ‘Pizza Express’! So safe, so smug. Youth shouldn’t be an excuse for their mis-steps. On the contrary, it’s worth questioning why BBC are so happy being merely competent. Late Of The Pier, roughly the same age, released a fantastic mess of a record last year, proving that young bands are capable of looking beyond a rote list of guitary influences. If you really want to labour the point, Paul Westerberg was 21 when the Replacements released Sorry Ma, Forgot To Take Out The Trash, Ari Up was 17 when the Slits made Cut.

Not every album can be a Cut, but what’s disappointing is the impression that BBC haven’t pushed beyond reverently, capably reproducing the tricks of their favourite bands. I Had The Blues... totally lacks bile, humour, invention, or adrenaline. Its creators have scarcely hit 20. What gives? This is duvet music, offering vague comfort but impossible to feel any excitement for.