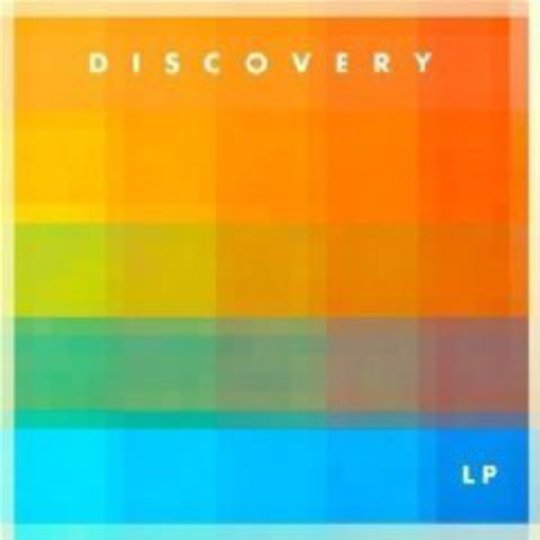 Nature may abhor a vacuum, but she tends to take an equally dim view of 14-eyed, buck-toothed hell-beasts. Thusly she rather wisely imprinted all but the extreme upper classes with the inbuilt reaction of ”eeeeeeeeeeeeeeeeeeeew” when faced with the prospect of the deed known as incest.

Sadly the college rock class of 2008 seems not to have had its pangs curbed in such a manner, and though admittedly the prospect of Vampire Weekend’s Rostam Batmangalij and Ra Ra Riot’s Wes Miles collaborating to spawn a joint record is not nearly so on-the-face-of-it grim as the mewling results of sibling-on-sibling union, the results are roughly as disturbing.

Let’s not make any bones about it – though partisan fans may reserve the right to furiously disagree, the pair’s main projects share more than second cousin-levels of musical DNA, a whimsical brace of ultra-New England prep-pop combos, more or less identical melodic approaches diversified a little by Vampire Weekend’s unabashed lust for Peter Gabriel and Ra Ra Riot’s bigger heart.

So what’s the worst that could happen on LP, their collaborative debut as Discovery? Gratuitous slice of the same that kind of serves to water down both? Bit dull and a bit acoustic? Errrr, nope. Putting it politely, Batmangalij and Miles have decided to stray out of their comfort zones. Basically imagine the type of music they’re good at, then imagine them making the opposite, then probably throw in quite a lot more autotune than you are currently picturing, and you’re sort of getting there.

It’s awful, essentially. Or is it? Well yeah; but on its own terms you can’t help but think LP sort of succeeds, given it’s hard to see any way in which it COULD have turned out particularly differently. Perhaps the album’s definitive moment comes three tracks in, with the mind-boggling ‘Can You Discover?’ which is, plain and simple, Ra Ra Riot’s delightful ‘Can You Tell?’ reconfigured as a piece of breezy vocoder pop. Now, this is not to rag on breezy vocoder pop. It’s not to snobbishly extol the virtues of string-drenched indie melancholia over gleefully lightweight, feel-good, lighters-aloft sentiment. Nope nope nope. This is to say that a perfectly good singer singing his own song through a mildly voguish piece of technology used to correct non-singers, while someone batters out a reedy electronic facsimile of the original tune underneath him... well that’s some straight up dicking around.

The track that seems to have elicited the most hostility in general is the unfortunately-timed take on The Jackson Five’s ‘I Want You Back’. Fair enough, it is essentially abysmal, but by the time ‘I Want You Back (In Discovery)’ slopes in at the track eight mark, it’s hard to actually be surprised: imagine you are in an awful club in Holland. Imagine that a version of ‘I Want You Back’ comes on. This is that version.

LP’s original tunes are essentially marred by the same problems – i.e. slight at best, and autotuned in oblivion in any case. That all said, after a first half marred by ‘Orange Shirt’ and ‘I Wanna Be Your Boyfriend’s faux-R&B and the maybe-it’s-for-the-best-The Postal Service-never-made-a-second-album-because-there’s-a-slim-chance-it-would-have-sounded-like-this of ‘Osaka Loop Line’, the concluding half does have some merits. ‘Carby’ starts off aping Kanye’s most painful naval-gazing, but springs into a nimble, layered, Ezra Koenig-assisted chorus so utterly delightful that for a brief, crazed moment you can kind of see how this might have worked as a whole. ‘I Want You Back (In Discovery)’ promptly erases that, but the closers – the downbeat funk of ‘It’s Not My Fault (It’s My Fault)’ and ‘Slang Tang’s electro-Paul Simon - put the notion back in your head. Tellingly neither they nor ‘Carby’s chorus feature autotune: both Discoverers have warm, expressive voices; rendering them into robot buzz... it honestly does nothing beyond steep LP in the foetid stench of novelty. Certainly it makes a mockery of any point to the fact vocal duties are allegedly split 50/50.

Still, it’s very rarely a 14-eyed, buck-toothed hell-beast’s fault they’ve turned out this way, it’s their dirty, dirty parents’. While LP should ideally be listened to in the presence of at least one of its makers so you can shriek ”what were you THINKING!?” at them over and over, it’s not a record you can quite bring yourself to actively despise: there’s simply not enough there. Plus there’s the sneaky suspicion you’ll one day find yourself quite enjoying ‘I Want You Back (In Discovery)’ while drunk at a house party. So y’know, if you're interested then Spotify LP, download it, maybe mug Batmangalij or Miles for a copy... painful as much of it is, it’s a genuine curio. But please try to avoid purchasing it, or if you do, return straight after. You’ll just encourage them.