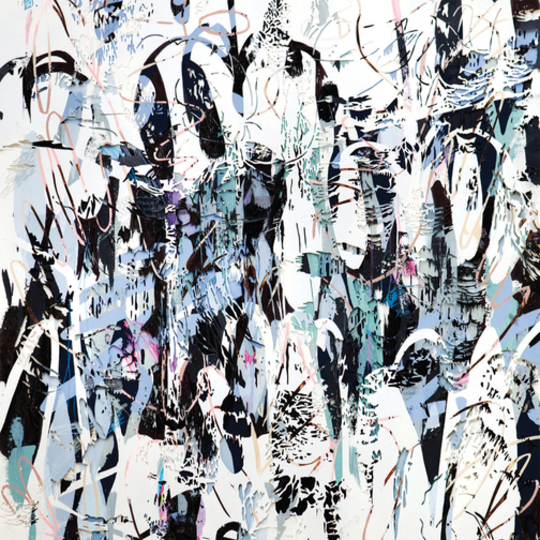 Freeform in its initial appearance, The Way We Are by New York experimentalists The Present takes the form of several tiny sound experiments and one gargantuan, climactic one. The veneer must be scraped from this colossal work (the whole work, not just the final 30 plus minute title track) to see its atmospheric intent – it is not a collection of sounds as much as an attempt to organise them. Moods bleed, almost imperceptibly, into others and vary in shade, brilliance and penetration. To analyse each and every track here would confuse and disorient both reader and writer, so it’s safe to assume that the sounds organised are designed to be consumed as a whole – with the possible exception of 'The Way We Are' itself.

The only perception the listener might have of the shifting persuasions of this album come with the most obvious anchor points. The arrival of percussion, the quick dissemination of a synthesised drone, the less sudden changes in volume. 'Space Meadow', despite its silly Jason Pierce-esque title, sees some of the most immediate fluctuations in soundworld, migrating from ambience to soft, synthesised chromatic harpsichord slides to a subtle, if underwhelming climax. The silly title, damn it, is apt.

The Present’s world seems to move very slowly, but very deliberately. With such a lofty title, The Way We Are could have fallen victim to the kind of inconsequential irrelevances and conceptual glossiness that urban existence in their native New York often suggests. Instead, they have chosen to lightly touch upon the human condition, not batter us with their impression of it. So there is chaos, but relative chaos. 'Press Play' is among the more tonal segments and succeeds in evoking drumming monotony without ever becoming stagnant. It is a potent synthesis familiar tunefulness and a jarring emotional void. As far as effective music goes, it’s a mini-marvel.

Of course, the climactic title track should be the place for all the thematic guff to come to a head, and in way it does. It is the most varied work here, but only by virtue of its colossal length. It doesn’t so much cram in colours and moods as amble between them for just-about terminable lengths of time and concentration – until the very end. It’s worth sticking with: we’ve been introduced to the most ‘rock’ phrasings by about 16 minutes in, we’re weathering a particularly tinny kit hammering a straight 4/4, and we’re plunged, with no chance of rescue, into darkness. We then begin a gentle shuffle toward oblivion, with prepared piano nimbly skipping amongst the blackness and gentle screaming. The piano finally finds its dancing shoes and connects with tambourine and, finally, floor toms. This, you sense, might be it. That screaming starts to enunciate the title, and nightmarishly brings us to a shuddering, shuddering conclusion. All instruments down, feedback wailing, dust falling, human nature depicted in snapshot.

For this rich, rewarding experience, The Way We Are comes highly recommended.