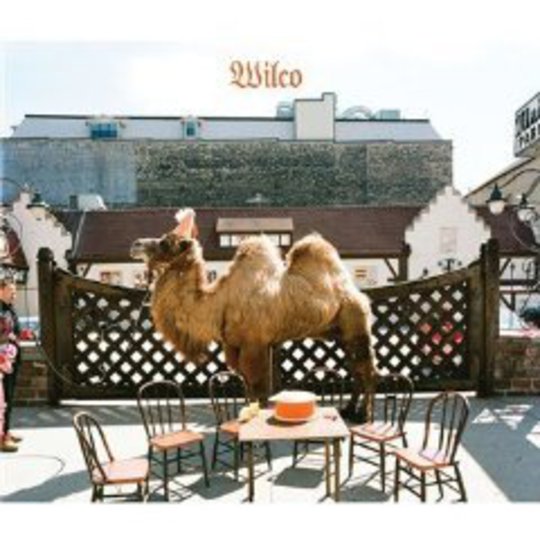 A reasonable question to ask of Wilco (the album) – particularly given its definitive title – is exactly which Wilco we’re being offered here. Recent years have seen us graced with the yearning soundscapes of Yankee Hotel Foxtrot, the migraine-approximating krautrock of A Ghost Is Born and the polished (if rather unexciting) gait of Sky Blue Sky. Of course, throwaway descriptions paint a picture far from complete. Numerous constants can be drawn over their seven-album career, chiefly Jeff Tweedy’s dry, plaintive tone and frazzled yet very real sense of humour. Returning to the original question though: quelle Wilco? The answer – the logical one, really – is a largely successful union of all of them.

Most likely it’ll be the sense of humour that hits you first. I mean, check out that new typography, that album title; that cover (his name is Alfred, incidentally). Then there’s the opening track, ‘Wilco (the song)’. All chugging chords, squealing lead guitar and well-intentioned lyrics (“Wilco will love you baby”), it might well dismay the purists, were it not so wonderfully addictive.

The album deftly changes tack via tales of doomed boxers, stunted flights and most notably murder, courtesy of ‘Bull Black Nova’. ‘Via Chicago’ this ain’t; instead the song comes over like some kind of less effusive, blessedly compact cousin of Ghost centrepiece ‘Spiders (Kidsmoke)’. Replete with striking imagery evoking the Coen Brothers’ sun-bleached take on No Country For Old Men, it wraps up in a maelstrom of guitar, ivories and screams, constituting by far the most thrilling moments of the record.

For (the album) is a curious beast. It certainly doesn’t endear itself with immediate effect, yet there’s much to love here. Leslie Feist’s guest turn on ‘You And I’ feels particularly well-judged, her sparkling enunciation the perfect foil to Tweedy’s husky drawl, on a simple reflection of love and vulnerability that could be lifted straight off Summer Teeth’s back end. Elsewhere, disillusionment is expertly wrought on ‘Country Disappeared’, an agreeably languid strum that resonates on a whole new level once you get a handle on the increasingly surreal lyrics it’s comprised of.

In an oddly cohesive set, only ‘You Never Know’ really founders, the band seemingly on creative autopilot as sunny harmonies and guitar solos thread themselves around an eerily familiar refrain. Conversely, ‘Solitaire’ finds Tweedy at his ruminative best, ‘I’ll Fight’ skips along dusty paths with resolute determination and ‘One Wing’ hits like one of Sky Blue Sky’s stronger cuts, Nels Cline’s influence (and staggering virtuosity) palpable throughout. ‘Everlasting Everything’ sees us out here, and much as its title implies, dwells on the concept of love in the face of eternity. It’s also something of a sonic treat: a capacious tapestry gradually filled by strings, brass and shimmering lead guitar.

One of Wilco’s biggest and most admired strengths has always been their ability to confound. Whether it be through lyrical turns scarred by unswerving frankness, the audacity of their tracklistings or the heartrending beauty they exemplify at their finest, theirs is a career peppered with shimmying left-turns and dazzling highs. Although unfairly maligned by some (for surely respite was necessary in the wake of Ghost’s elliptical disposition), Sky Blue Sky saw them trade this spontaneity for a neat set of songs punctuated by an occasional dropping of the baton completely.

While (the album) tips far more convincingly on the successful end of the scales, there remains the sense of a band playing safer than needs be; a sextet pushing against their limits but never straining outright at them. Put simply, it doesn’t stick like their best work has, despite all its qualities and engaging nature. Which isn’t to say it’s weak – au contraire – it’s just, I suppose, the residual lingering of a (perhaps unrealistic) weight of expectation.

One thing is abundantly clear, however: Wilco love you, baby. Right now, that’ll do just fine.