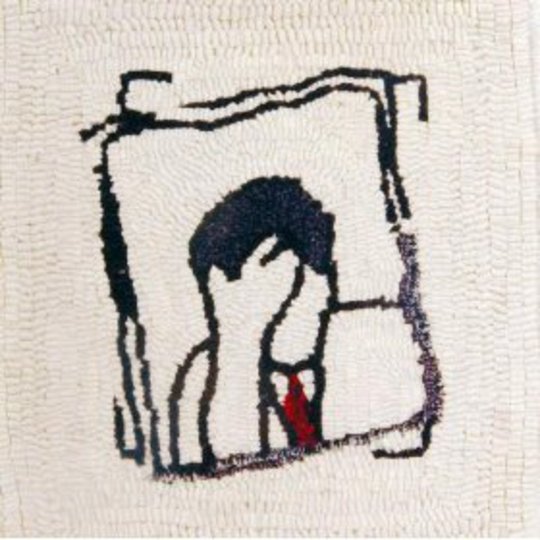 “Cut”? Cut…?! LD Beghtol (AKA Flare) could have picked any of the following (track-titles) for his album, to reflect his humour and wordsmithery:

All of which would have been amply amusing, and appropriate for this particular middle-aged bear, best known (in the UK) for his singing on Stephin Merritt’s 69 Love-songs (and possibly also his Field Guide to the aforementioned classic, for the 33? series of books). It crossed my mind to add the splendid lyric “dress your fear in leopard skin / and call it intuition” (from ‘Funeral Games’) as a possible title, but that sounds more like the Yeah Yeah Yeahs, who clearly inhabit a very different Brooklyn to Beghtol...

No, Flare (or Flare Acoustic Arts League, to give them their full name) make orchestral pop, frequently worthy of Magnetic Fields, but closest to Jens Lekman. The opening track tells you almost everything you need to know about the humour here, recounting the story of a fin-de-siecle Jeffrey Dahmer, or gay ripper, who leaves:

Topped with the deliciously misanthropic line: “the papers said it wasn’t racist / although his body was as black as pitch”, bearing out the obvious point that the gay ripper doesn’t discriminate – he hates everyone equally.

Complementing the murderousness that opened the album, the climactic ‘Love Finds Andy Warhol’ imagines a heaven for New York’s artists and aesthetes – not necessarily gay, but many of them original 'Warhol superstars'. The first track was a neat refusal of queer stereotyping (hey! We’re murderous just like you people… and by the way, what makes you so morally superior with all your songs and books and movies about killers, anyhow?) Paired, or individually, they’re a subtle, elliptical plea for acceptance. LD himself opens the song with a hushed vocal that’s almost a prayer:

“When we die, don’t look for me, in that special place, you’re sure you’ll go"
“Because they don’t like my kind up there, and the Bible tells me so...

As if literally stepping out of his skull – away from the alienated perspective - the mood brightens, to take us on a sunnier tour of the Factory, or the ideals it represents: “Everyone’s happy / everyone’s insane / everyone’s a Tarzan / looking for Sweet Jane..." Gradually, over the next five minutes, LD’s friends join in with their cast of heroes and heroines: “Love... finds Candy Darling” sings someone (though not Antony), and another familiar baritone belches out “And Love... finds Lou and Laurie...”

Apparently, the album has a massive cast of notable guests, from Low, Sparklehorse, Antony & the Johnsons, Arcade Fire, Magnetic Fields, Beirut, and Belle & Sebastian. Only Stephin Merritt is easily recognisable as a singer or musician, but it’s a nuanced record, track by track, and somewhat more rewarding than the last two from Merritt himself, which may have a few more obvious tunes, but a weird hollowness if you look too close. Perhaps trying too hard to be cerebral, the album’s last long track is followed by a squelchy Tom Waits-like number (as a hidden track), with a just-about-audible narration about the need for bridges. If this is an allusion to Hart Crane’s gay epic The Bridge, fair enough, but we got the point about solidarity already. Keep listening – he’s not there yet, but if anyone’s going to step up as the poet laureate of NYC, it could be LD.