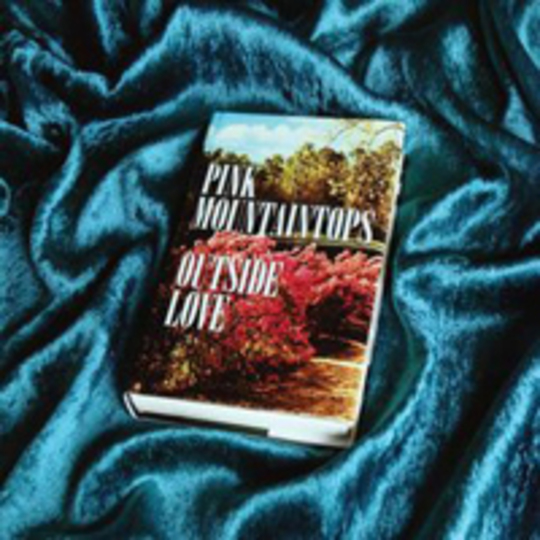 Curious concinnity, this: on the same day that Stephin Merritt collaborator LD Beghtol puts out his new album, Stephen McBean from Black Mountain chooses to have a stab at his own (digested) 69 Love Songs. Pink Mountaintops might have a dozen other influences - especially Meat Loaf’s Bat Out of Hell - but as an exercise in milking the humour from schmaltzy pastiches of various genres (as backing to ironically melodramatic / Gothic lyrics), it’s hard not to come back to the Magnetic Fields comparison. The sound is a dense, fuzz-drenched, Noughties take on Phil Spector - occasionally "lush" with chamber-orchestration, or syrupy where it nods to Nashville-style Country, or Hawaiian music.

Standing in for Claudia Gonson is Ashley Webber (recently heard on Bonnie Billy’s return-to-form record Lie Down in the Light), who takes the lead on one of the best – and most Magnetic Fields-like tracks – ‘While We Were Dreaming’ with a shimmering sound, like a chandelier overhead. (If you want to stretch the comparison further, Sophie from Godspeed You Black Emperor! stands in for Sam Davol, on strings...) It’s all very tuneful, and generally it’s more entertaining than cloying, but the big question is: Why?

Even without the press release, the artwork tells you: this is the musical equivalent of a Danielle Steele novel. That may well be the case, but you have to ask what it adds. Beck’s Midnite Vultures is (mostly) one big Prince pastiche, and Prince is one big Lionel Ritchie pastiche, but there’s also the Dust Brothers production redeeming Beck, and a whole lot of polymorphous perversity redeeming the Purple One.

Partly, McBean's lyric-sheet is a collage of secondhand romantic lyrics, or their echoes: “how deep is your love?” (track 1); “we’ve seen trouble and fiery waters / and the evil locked to our heart of gold” (track 2); “love reigned supreme” (track 7). Scattered among these are vague allusions to vampires, silver machines, angels, and some kind of fiery death, which sounds an awful lot like ‘Bat out of Hell’ without the linear narrative that flaunts its pomposity. Again: why? Re-making the biggest-selling album of the 1970s, with Jim Steinman’s original lyrics and new music (or at least a new vocal style) would be enormous fun, and might actually bring in more listeners. Instead, there's a clunkiness to McBean's syntax that sounds like he's groping toward a notion of "Poetry", or taking a swipe at something he can't do well enough to satirize, and ends up mocking -

“Someone told me of a dream / Killed along the lost highway,
“But to me it seemed obscene / Like Satan laughed and spread his wings”
('Outside Love')

‘The Gayest of Sunbeams’ (above) initially sounds like T-Rex, but also sounds so much like Merritt's deliberate take on the Jesus & Mary Chain’s fuzzed-up 60s pop - also fetishizing motorcycles & motorcyclists - that the net result of listening is to feel like you’re trapped inside someone’s private (and very weird) loop of associations, eating its own tail. This is what the people I like do - McBean's saying - and it's ludicrous, but I kinda want to do it, too. On the final track, with his most Merritt-like drawled delivery, this is McBean putting a camp spin on a hackneyed phrase:

Think Steinman's 'I'd do anything for love (but I won't do that)', or any Merritt-ism you care to name. Maybe this is mean. The Dream Syndicate's Days of Wine and Roses is regarded as a minor classic by plenty of people unbothered that it's a collage of Lou Reed lyrics and riffs. This is a solid collection of pop-tunes, but not necessarily for connoisseurs of original lyrics.