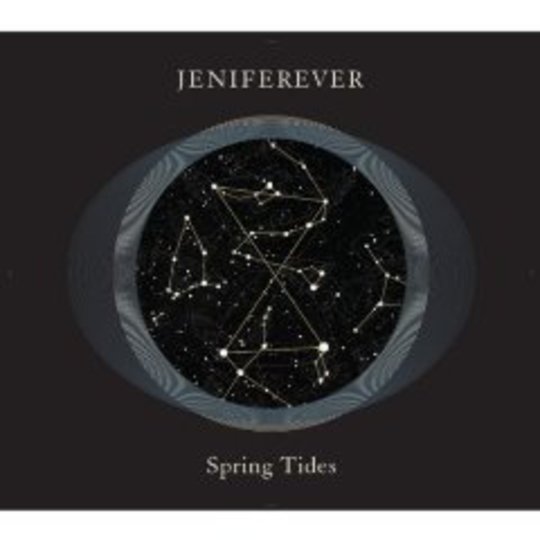 Although more than a decade has passed since their initial formation, Jeniferever first came to prominence courtesy of 2006's Choose A Bright Morning, released by this very site's sister label. While that record was undoubtedly a breath of fresh air amidst a sea of eighties clones and lad rock urchins, it would probably be fair to say that it was more a case of "right place, wrong time" as far as commercial success matching its instantaneous critical recognition was concerned. Indeed, at the time, many a discussion took place on these here boards as to why everywhere else hadn't picked up on its ethereal beauty, and rightly so; or maybe we were just ahead of our time too? Whatever the reasons, Choose A Bright Morning has burgeoned Jeniferever's fanbase since its release - something that would be apparent to anyone who's seen them in the flesh over the past few weeks can vouch for - as their near-as-dammit sold-out shows more than justify the vociferous praise bestowed their way.

In terms of recorded output however, Jeniferever have never been the most prolific when it comes to delivering product on a timely basis. It took them six years from their humble beginnings to release their first recording, and a decade for their aforementioned debut long player to surface, so they were never going to satisfy the popular business model put forward by the music industry, at any cost. It is this constant striving for perfection that has pushed them to the cusp of greatness. Jeniferever aren't just administering their own brand of quality control; instead, there's an abundant air that nothing less than the absolute maximum will suffice, while their musicianship - which again, really does have to be seen to be believed - is nothing short of phenomenal. Forget the obvious comparisons - Mew, Sigur Ros, The Cure - Jeniferever are a band in a phase of constant development, hence the reason for the long wait between records.

Oddly enough, many observers thought Jeniferever had disappeared off the face of the earth altogether until the flawless Nangijala EP emerged late last year via Naim, which on first listen was a simply astonishing piece of music, never once waning in intensity or virtuosity even though it clocks in just seven seconds short of ten minutes. As a precursor to Spring Tides, Nangijala was a brash opening statement of intent that set the scene perfectly for their second long player's imminent arrival. As expected, Spring Tides does not disappoint.

What is quite noticeable in comparison to their previous long player - personal favourites 'From Across The Sea' and 'Alvik' included - is that not only is there a more virulent mix of abstract noise to go with the more familiar tone of tranquility but there's also an underlying richness to Kristofer Jonson's voice that may have been glossed over on previous recordings. Take the resonant beauty of 'Concrete And Glass', for example. While the dynamic array of sounds courtesy of Martin Sandstrom, Ollie Bilius and Jonson are still highly evident in the mix, there's a moment mid-song where the haunting vocals cause the song's direction to change course. 'Ox-Eye' meanwhile is quite possibly their finest five minutes to date; its reverb heavy bass and insistent percussion casting glances towards the seminal (and currently highly influential) krautrock pioneers, rather than post-rock contemporaries.

While the aforementioned Nangijala sits at the mid-point of Spring Tides like an umpire on Wimbledon's Centre Court, the fact it is by no means the best track here casts aside any notions of an albatross clinging onto its creators necks. The closing couplet of 'Ring Out The Grief' and the album's title track probably owe as much to early 90s experimentalists Bark Psychosis or Disco Inferno as they do any of the more recent Scandinavian exponents of euphoric distortion-infused walls of noise.

Overall, Spring Tides is the record Jeniferever have undoubtedly spent the past thirteen years of their existence building towards; an epochal moment that was well worth the wait, and can only whet the appetite in further anticipation of where their next journey of discovery will take them - in their own time, of course...