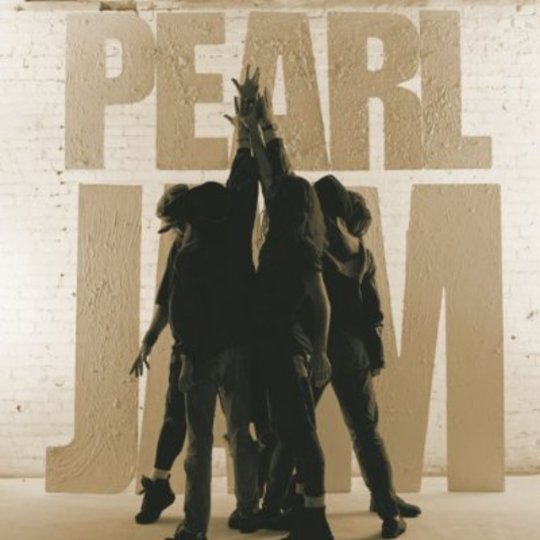 I’m guessing I wasn’t the only person who felt a slight sinking feeling upon first seeing the full cover art to Pearl Jam’s debut album Ten. After years wondering what the pyramidal thing at the bottom was, I finally bought the record and discovered the sleeve folded out and that the strange shape was the band, locked in a hairy hi-five. And they were wearing shorts. Big shorts.

That Pearl Jam have pretty much repudiated that rock dude image with every single subsequent action and note of music is not really important. The fact is Ten was big with the Red Hot Chilli Peppers crowd, and certainly much about it is about as underground as a corporate jet. It's a ponderous avalanche of big emotions and big guitars that probably includes the least grunge moment ever, namely the point on ‘Even Flow’ where Eddie Vedder growls “let me introduce you to Michael”, provoking a bout of axe wibbling from the duly invoked Mike McCready.

You can bet Pearl Jam are a little uncomfortable with it too. Though clearly there’s moolah up for grabs with this lavish reissue (it comes in four editions, the priciest of which will knock you back about £100 and apparently includes "a vellum envelope with replicated era-specific ephemera"), the band have said a remix of Ten was on their minds as early as the release of 1993’s raging Vs.

So, here it finally is, with Brendan O’Brian taking desk duties to get his mitts into the only one of Pearl Jam’s Nineties records he didn’t co-produce originally.

He has not turned it into eleven tracks of bleeding raw punk frenzy. That would be impossible. In fact, with the self-consciously ‘big’ production of the original (also included here in remastered form) now a little antiquated, O’Brian’s arguably done nothing more iconoclastic than tighten Ten up for 2009 radio.

The guitars have been reduced somewhat, but that’s kind of like saying logging has reduced the Amazon somewhat – there’s still the odd moment when you struggle to remember a time before the commencement of the current solo. So instead of being echoey and epic, the guitar line that ushers in the opening ‘Once’ is now compact and stinging, a lit fuse that burns for a few seconds before ushering in a storm of hard, precise drums and Eddie Vedder’s pained rumble. It’s noticeably rawer, which benefits ‘Black’ tremendously (its slow build is much rougher and rockier, pulling it firmly out of power ballad territory), the rest of the record less so. It’s still Ten, and Ten is a huge, lumbering tsunami of sound and emotion, one that its creators ultimately found themselves unable to control, reinventing themselves so as to shy away from it.

So if you’re casting about for a seminal alt.rock album, is this a good choice? Maaaaaaaaybe. It's certainly not very representative of Pearl Jam, but at the same time the sheer monolithic, unavoidable presence of the mid-pace, maxi-guitar, zero humour anthems in the first half – ‘Once’, ‘Alive’, ‘Even Flow’, ‘Black’, ‘Jeremy’ – is such that it seems faintly ludicrous you wouldn’t have these songs in your life. And for all the criticism of Pearl Jam as throwbacks, 'Jeremy''s bleakly understated chorus and Vedder’s traumatised howl of “I can’t see... I just stare” on ‘Alive’ did as much as ‘Smells Like Teen Spirit’ to usher in the thinking that emotions could be as heavy as guitars in mainstream music.

Which was good at the time, but the main problem with Ten today is that its direct sonic lineage is almost entirely horrendous. Creed; Staind; Nickelback; bands with the passion of a focus group who've devoted their careers to trying to exactly replicate this one record. Being able to hear ‘Alive’ echoed in so much truly wretched music has taken its toll, and no remix can change that.

Then you have the problem of the album's second half. It’s not bad, it’s just that what's preceded is so HUGE that it unbalances the record: the punk snarl of ‘Porch’ and staggering fury of ‘Deep’ would have worked great on Vs or Vitalogy, but they're out of place on Ten, like motorbikes at a monster truck rally. Ditto the woozy folk of ‘Oceans’, while ‘Garden’ is dull and ‘Release’ would be far more effective as a cathartic closer if it didn’t follow such an unsettled sequence of songs.

So there you go. There’s a bunch of bonus tracks, but it's hardly a treasure trove. New single ‘Brother’ is all bluster and no weight, while the best track is ‘State Of Love And Trust’, which there’s a better version of on the Singles soundtrack. Arguably Ten’s not a very DiS album, but it’s not really a very Pearl Jam album either, and lines are already been drawn up as to who gets to gibber on about the mighty Vs when its reissue comes up. Ten is just Ten, and I guess for all their reservations, the band have come to accept that: there’s no mystery to the new cover, just Pearl Jam in plain view, big shorts and all.