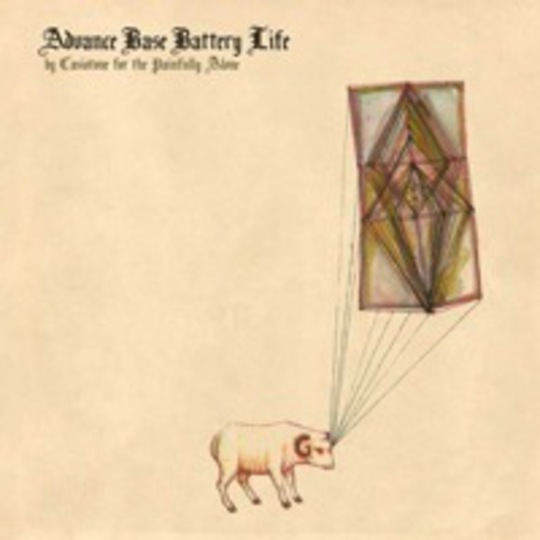 Owen Ashworth has achieved that most difficult of things – in an impossibly crowed field, he’s carved out a unique and recognisable voice among indie songwriters. Just as Jeffrey Lewis conjures urban neurosis, or Stephin Merritt unrequited love, so mention Casiotone For The Painfully Alone and you’re immediately struck by images of wayward twentysomethings, whiling away their post-college days working in cafes or fumbling aimlessly on the dancefloor. It’s no mean feat, testament to Ashworth’s ability as a songwriter that he has a niche to himself. Like Belle And Sebastian’s early records ten years ago, he’s captured a particular student zeitgeist, a world of scrabble, familial alienation and university loans.

Yet, though Ashworth clearly writes from experience, it’s important to recognise that he is just that – a writer, not a documentarian. The use of female vocals on his last, most celebrated record, Etiquette, furthered that message – these aren’t Ashworth’s stories per se, just ones he’s written. In an interview here he explains that he makes music: “because film is too expensive”. There is something beautifully filmic about Ashworth’s songs, short glimpses into the daily routines of his characters - their emotions gleaned more by their actions than their personal thoughts.

Advance Base Battery Life is a collection of singles and compilation tracks Ashworth recorded between 2004 and 2007, released in anticipation of a forthcoming record, Vs Children. It’s intriguing to hear a Casiotone album shorn of thematic continuity – both Etiquette and its predecessor Pocket Symphonies... were very much of a piece, musically and figuratively. Here, it’s variety that underpins the recordings, from the habitual 8-bit rhythm of tracks like ‘White Corolla’ to the gentle fingerpicked acoustic guitar of ‘It’s A Crime’. The content veers dramatically too: familiar territory is covered in songs like the self-explanitory ‘The Only Way To Cry’, while elsewhere covers tackle Bruce Springsteen and, most successfully, Missy Elliot’s ‘Hot Boyz’. Ashworth is joined throughout by a little bevy of collaborators – No Kids’s Nick Krgovich and Dear Nora’s Katy Davidson both feature.

It’s refreshing to hear his music decontextualised – without a wider narrative, or the restraint of having to make an album as a piece, it’s Ashworth’s songwriting that has to hold the collection together. And it more than does - his eye for detail astute, his faltering, impassive, almost monotonal baritone letting you work out where the emphasis in a line should lie. On ‘White On White’ Ashworth tells us about, “my dream last night” where the protagonist’s "subtitles" were “white on white”: Ashworth’s songs are full of people failing to act out clichéd roles they don’t understand, their words lost or passed over. It’s to his credit that they come across as wholly sympathetic and, moreover, believable; Ashworth understands how to strike the balance between giving you access to his characters' lives, whilst at the same time always holding something back. In his world of sparse, limited instrumentation, short stories and missed opportunities, less is almost always more.