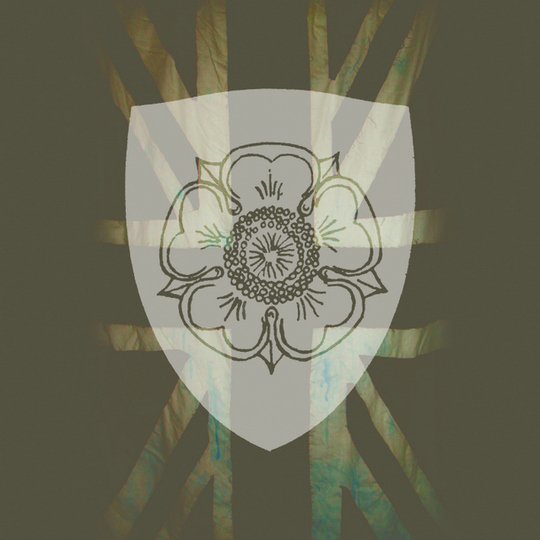 Frank Carter’s words on ‘I Dread The Night’, track five on this first album for Gallows’ big-money paymasters Warner Bros., can be taken out of context to read: 'Seriously, guys, if this doesn’t hit big we are fucked.'

A million-quid record deal does crazy things to a band’s mindset – from rags, literally, to the nation’s most exciting live band via cool lists, epic US tours and headline-grabbing festival performances (getting tattooed on stage generally attracts attention), Gallows find themselves in an unenviable position: wracked with the desire to up the ante on every aspect of low-budget debut Orchestra Of Wolves, but aware that their label need songs to market to the mainstream. A hardcore band Gallows may be to the casual onlooker, but Orchestra… featured enough accessibility beside its acerbic histrionics to ensure it crossed demographics with ease. And you’d forgive the five-piece if they repeated the formula, what with the pressure upon them to deliver an album that’s as appealing to newcomers as it is their existing fanbase.

Talk that Grey Britain was considerably heavier than its predecessor must have got executives sweating, but while the end product certainly packs a substantial sonic punch, it’s also arranged with the sort of care and attention necessary to temper the tumultuous riffs through intelligent consideration for the band’s many young fans (who, of course, may use this as a springboard to further hardcore albums). It’s vital for the maintenance of Gallows’ present profile that they curb their enthusiasm for experimentation and pushing the envelope of aggressiveness to some degree, and by doing this sensibly, they’ve produced an album that’s big on surprises but that also ticks the essential boxes of heaviness and melody.

Melody, of course, being an element assessed entirely subjectively – while there’s no doubt that offerings like ‘Leeches’ and ‘The Great Forgiver’ stand out as the most obvious bridges between albums one and two, rich in hooks as well as savage of vocals, it’s unlikely their immediacy is the sort daytime radio will fall for. Even at its most straightforward, Grey Britain shakes and rattles with a rage unheard in most hardcore – it’s not posturing, playing up to a crowd, but a genuine desire to be heard as a force for good, for change and progression, within a scene so subject to stagnation that it spits out a dozen bands for every one it keeps close to its heart. Take the roots of Gallows, bands like Neverthemore and Winter In June – chances are you’ve never heard of them. Them’s the breaks, and most do break up rather than break through.

But let’s rewind, back to the beginning – not of Gallows, as their genesis is available for all to read online, but the opening of Grey Britain. In a word: dramatic. ‘The Riverbank’ builds steadily for a minute-thirty, a swell of orchestrated menace filling speakers and setting the scene for Carter’s arrival at the microphone: “Set alight to the flag we used to fly / God help us now, we are ready… to… die.” It’s a most unexpected way to start a record that, you’d think, would be stamping its authority as a hard-edged essential from the outset; instead, Gallows choose to deliver a set-piece that triggers a sequence of songs linked by a conceptual chain – this country we live in, it’s going down the shitter, and here’s what we’ve got to say about it.

‘London Is The Reason’ and ‘Leeches’ come and go in a furious flurry of percussive blows, each thundering crash more stirring than the last; both are sure to be live favourites, the latter’s gang vocals ripe for scream-along adoration when the group begin touring Grey Britain in earnest. ‘Black Eyes’ is the first track to convey the sense that Carter is more comfortable as a frontman this time around, opening with just a drumbeat and vocal. While his first contributions on ‘The Riverbank’ seem a little too gruff of tone, as if affectations derived from influences are creeping in, by the mid section of the album it’s apparent that the man’s voice has simply changed – it’s become rougher, perhaps a product of the acid reflux condition that affected the singer during recording. Whatever the reason, it soon suits the music around it – if Orchestra… was an upbeat offering for all its visceral overtones, this is a darker, more dangerous beast.

The album’s lead single, ‘The Vulture (Acts I & II)’, is sure to catch fans with a blindside blow, as in the context of its makers’ canon – including previous acts – it’s entirely unprecedented. Carter’s vocals are clean – he’s not hollering himself hoarse, but actually singing, still and with a degree of almost unsettling intimacy. And what’s that? An acoustic guitar? What the fuck is this, Starsailor? Lyrically, it’s anything but… And soon enough things take a compositional turn for the rather-more-in-keeping, as amplifiers explode into life and our mouthpiece begins to roar like it’s the only way he can squeeze the air from his lungs to fill them and repeat the cycle.

‘The Riverbed’ is among the most eruptive pieces here, an air raid siren heralding a cacophonous onslaught so mighty it’ll leave onlookers floored if delivered with as much energy in the live arena – “We are the brothers, and in my brothers I trust,” comes the vocal, in a purely Us vs Them manner that summarises the band’s feelings about the hardcore circles they once traded in – rarely were they wholly accepted, so now they’re battling prejudices by out-classing their once-peer-level critics with no little flair or focus. ‘Graves’ combines precision drum work with wailing guitars and more gang vocals prior to breaking down into a slow-motion Deftones-like dirge featuring a guest turn from Biffy Clyro’s Simon Neil. Ultimately the spot is superfluous to the feel of the song, but as a neat addition to promote interest from parties anew, it’s handled well.

‘Crucifucks’ is the final nail in the coffin of expectations for Orchestra… part two, an album closer that flies further from the source than any other offering in the Gallows catalogue. While ‘Queensbury Rules’ finds Carter proclaiming his desire to take things back to the old school – the plentiful gang vocals across the album tap into this aesthetic – the final act of Grey Britain, after so many highs inspired by the myriad lows of life in a decaying country (in the mind’s eye of the band, anyway), takes the five into entirely new waters. A 30-plus-piece orchestra transposes guitarist Laurent Barnard’s GarageBand composition for a climactic ‘end-credits’ instrumental and subsequently transforms the album from one of clenched fists and furrowed brows to a take-a-stand marker for the development of hardcore: strings incorporated without that tacked-on feel, wholly organic sounding and essential in the grand scheme of the album’s progression.

It’s a final four minutes that offers the listener time for reflection. Much has been said – some true, some abstract, but all valuable. The music rockets from intentionally rudimentary knuckle-whiteners to ambitious-of-design affairs that reconfigure one’s opinions on a band previously seen as a straight-up hardcore act. Gallows have changed, never to return to where they were on their breakthrough debut. The rulebook has been tossed into the flames, the future unwritten. The label must be shitting it – hit big it may, relatively speaking, but Grey Britain is no pension guarantor.

And nor is it a Shape Of Punk To Come, a We Are The Romans, an In On The Killtaker, a Relationship Of Command, a Damaged… It’s different, strangely more than the sum of its influential parts, because it’s ours. Britain, stand proud. And then take a look at your sorry, fucked-up self.

[Please note: the packshot used in this review is believed to not be the actual cover of the record.]