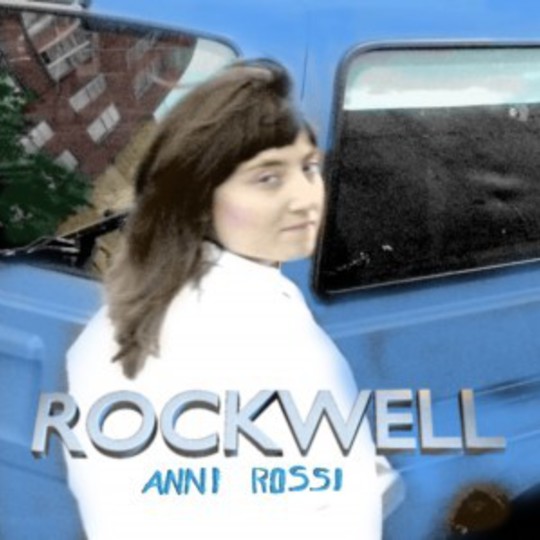 To call this Anni Rossi's debut Long Player is perhaps a tad disingenuous; it's only seven minutes longer than last year's EP, Afton, and only four more songs are present, one of which is an Ace of Base cover – 'Living In Danger'. Similarly, the length of tracks only extends beyond three minutes twice. It's not that this in itself is particularly disappointing, but even from the outset it's like we're being teased with a collection of alt.folk flavoured musical hors d'oeuvres.

Rossi's myriad merits have been amplified this time through the legendary hands and ears of Steve Albini. It's notable that previous recordings have failed to accurately capture the enthusing kick-and-scream performances that are given in the flesh, and to be able to go even part of the way to recreating this on record is an achievement indeed. It's slightly odd then that, despite this, the more ponderous moments are the ones which shine the brightest here - a reflection on Rockwell's consistency. The final product has a richer sound – and not just from the viola – as well as being distinctively unified, creating a record where the constituent parts are pulling together and not apart.

'Las Vegas' is such one of the meatier tracks and is a captivating narrative of a forlorn boxer (metaphorical or actual) where sparse percussion plays softly pounding heartbeat to the innermost thoughts and insecurities plus the odd bit of pizzicato. "If I would crack in half you could see/all of my blood and all of my teeth/before the fight you'd see me untouched and during the ring unruffed and unscuffed/thinking I might still make it as the champion". If the boxer is not metaphorical then it's a shame, as there is a depth which is just not present when trying to imagine Ricky Hatton's broken, battered and bruised visage dropping against the blood-splattered canvas.

Tweaks have been made to tracks featured on Afton; the tempo is messed around with freely on 'Wheelpusher' and similarly on 'The West Coast', where a choral crescendo is created by simple-but-standard multi-tracking. To what end this is, it's not certain, as it neither creates any tension nor releases it but feels a little like a token effort in the name of experimentation. The vocal tics which were so pronounced previously have also been levelled out somewhat; doing a "Newsom"? Though this was, and still is, undoubtedly part of the appeal, it may see an increase in tolerance of those who found her voice that little bit too grating and gimmicky. Rest assured fans of that kinky vocal kookiness, there's still plenty of unhinged phrasing on which to pierce your ears.

It's evident from Rockwell here that we have a fine talent, both as a vocalist, viola player and songwriter, but that is not news. The most frustrating part of the brilliance is that it has been all too fleeting. Please Anni, give us more. Just five months on from Afton, there's still nothing to suggest that this is an artist who cannot achieve greatness as her bowstrings have once again bound us wilfully, but it, thankfully, feels like the acclaim and greatness is a matter of when and not if.