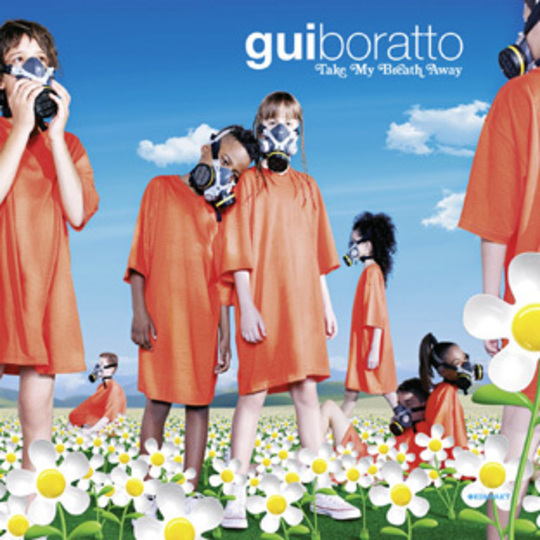 Take My Breath Away is the third album, following the 2004 apprentice-work Royal House and 2007’s superb Chromophobia, from Brazilian producer Gui Boratto. Two years ago, the latter record stood out from the minimalist crowd like go-faster stripes on a hearse, reconstituting the trancier elements of progressive house that the dominant Berlin scene had been industriously stripping away with an inventiveness and enthusiasm that showed all roads to melody needn’t be paved with cheese.

With minimal house running low on inspiration of late, the scene as a whole has moved towards Boratto’s sound – god knows, he’s done enough remixes in the last couple of years to shift it all by himself – so Take My Breath Away can be seen as falling into difficult second album territory (provided, that is, you ignore the fact it’s his third). Not that the pressure seems to tell at first, the title track kicking things off with a bracing, embracing synth line that unfurls magisterially above a bumping bass pulse and a satisfyingly clicky, ever-evolving drum pattern. If Chromophobia tended to celebrate the exhilarating pleasures of fidgety, dark-room techno, 'Take My Breath Away' seems designed to roll out over huge fields of twilit dancers.

Recent single ‘Atomic Soda’ acts as a continuation of this theme, dirtying the synth line into a fuzzy drone and toughening up the rhythm before collapsing and reforming around a stuttering breakdown. Respite of a sort arrives with the chiming ‘Colors’, the naive melody of which is reminiscent of Kiss Me, Kiss Me, Kiss Me-era Cure.

It’s around now, however, that the feeling starts creeping in that Take My Breath Away, smooth and technically accomplished as it may be, isn’t going to advance on the sonic palette Boratto drew from to such outstanding effect on Chromophobia. In many ways it’s a more content album than its predecessor, and as a result prey to the attendant dangers of complacency. As the plucked acoustic guitar and muffled schaffel drums of ‘Opus 17’ flurry past, followed by the melodious techno-pop of ‘No Turning Back’ – essentially a companion piece to ‘Beautiful Life’ (with Boratto’s wife once again providing the vocal, accompanied once more by the same splashy hi-hat) – it’s hard not to begin to pine for some of the angular uneasiness of Chromophobia’s ‘Mr Decay’ or the sheer percussive insistence of ‘Terminal’ to make itself apparent.

It’s not that Take My Breath Away is a failure; Boratto's ear for melody and intricacy of production remain enticing, and the Jan Hammer-stylings of ‘Les Enfants’, lumpen where Boratto is nearly always spry, prompt the only real urge to skip. But the proficiency of a heads-down number like ‘Ballroom’, the kind of maximal minimalist track you can imagine this particular producer knocking off before breakfast, registers as a sharp disappointment when you bear in mind his pedigree: in the case of Chromophobia, even its (cloth-eared) detractors couldn't identify predictability as being one of its faults.

Things meander to a close with ‘Godet’, a piano track that begins on an enticingly mournful note before softening itself into something more like phone-tree easy listening. Similarly, Take My Breath Away begins expansively, but rather than proving to be a promising start the opening track turns out, in fact, to be the highlight. The album's title, perhaps displaying an awareness on Boratto’s part of the heightened expectations of his audience, goes regrettably unmet.