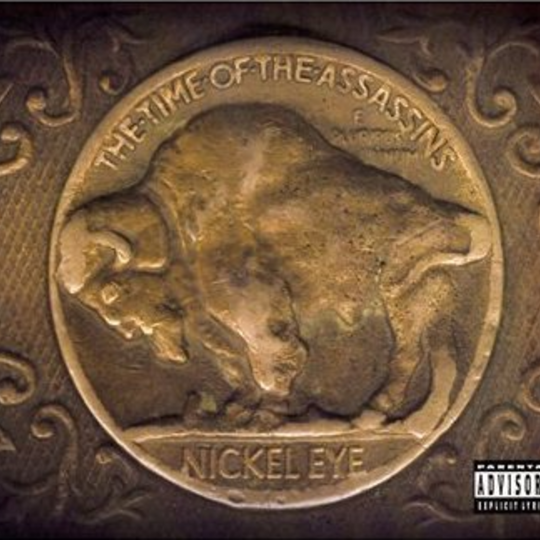 There was a time not so long ago when pandemonium would have ensued - among both fans and critics alike - if an album featuring a member of The Strokes, Nick Zinner and Regina Spektor was released. Now, that album has been released and almost instantly bypassed, like some backhanded drug deal in an alleyway.

What becomes apparent very early on is that The Strokes' bassist can't really sing. Even dubbed this heavily, he just sounds a bit like a watered down version of Julian Casablancas. Elements of Shane McGowan also become apparent on the rather sombre ‘Fountain Avenue’, and though neither of the above possesses a conventional, classical or crisp voice, they do possess an idiosyncratic fervour, an ability to manipulate songs, and most importantly they possess a personality. This is somewhat lacking in Nikolai’s voice, which has a tendency to alienate the listener.

One thing that's quite refreshing is the prominent and noticeable use of his chosen instrument, the bass. Usually when given the freedom to roam, some might - and often do - ditch the tool of their trade and head for the limelight (aka, the guitar). Six strings do feature here, but it’s more of a sidestep than a leap, one that allows the bass to lead the songs as much as the acoustic guitar.

The material here varies so much that picking a favourite or stand out track is an even more subjective task than usual. Perhaps most interesting, though, is ‘Back From Exile’, the opening guitar strums almost replicating Dylan’s ‘Hurricane’. The song possesses a somewhat sinister tone, and is a good example of a prettier accompaniment covering up Fraiture's occasional drab singing style.

Tellingly, Mark Ronson loves this album. Truth is, it's fine, and perfectly adequate, but nothing more. It’s an enjoyable yet unfulfilling listen. The genres are plentiful and make the record diverse (if at times, a little on the basic side). Perhaps this is a direct and much needed attempt to compensate for the lack of vocal diversity.

The album ends with a like-for-like cover of ‘Hey, That’s No Way To Say Goodbye’ by Leonard Cohen, which only adds to the fruitless feeling you get listening to The Time Of The Assassins. It all feels a bit lackadaisical, too patchy and uninspiring to have any real substance, or lasting effect. Maybe that's why nobody's been making a fuss about it?