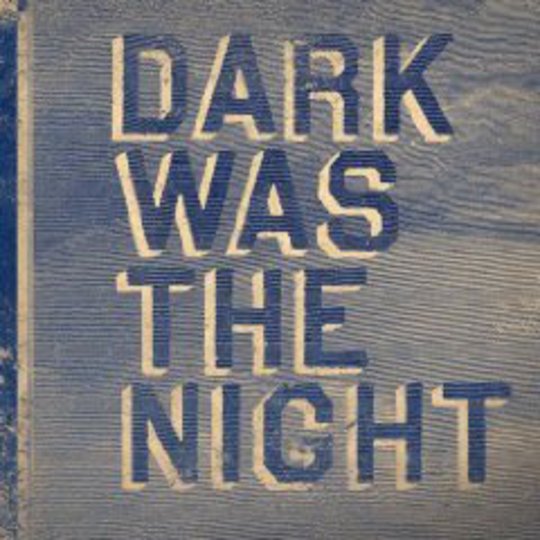 OMG, indeed. For the 20th compilation of their 20-year lifetime, the commendable Red Hot Organisation (an AIDS awareness charity) have pulled out all the stops, enlisting the absurdly well-connected Aaron and Bryce Dessner of The National on production/curation duties, who have been working on the project on and off the last three years. The result is a compilation which features some of the brightest names in North American indie-rock at the moment – in fact, it’s no exaggeration to say that the cream of the crop are all present and correct here. Dark Was the Night’s raft of exclusive covers, collaborations and new material, then, is as fantastic as its roll-call suggests. The only real problem from a writing perspective (and a listening one too, I suppose) is simply where to begin.

The beginning? It’s predictable, but it also offers perhaps the compilation’s finest moment, as Dirty Projectors pair up with David Byrne (longtime proponent of Red Hot) for a skewed, addictive and wondrously inventive opener by the name ‘Knotty Pine’. This is followed up by The Books’ (yay, The Books!) effort with one José González – a fuzzy electronic rendering of Nick Drake’s ‘Cello Song’, before a show-stopping duet between Leslie Feist and Death Cab’s Ben Gibbard that sees them in fine fettle indeed (and has, in a staggering display of obstinance, been ricocheting around my head all week).

Not to consider each and every track sequentially, other highlights include Bon Iver’s ‘Brackett, W1’, which finds Justin Vernon contemplating the “business of sadness” in that wavering, gorgeous croon which endeared For Emma, Forever Ago to so many. Kudos to The National themselves, who do more than gift this first disc with the magnificent, woodwind-bathed ‘So Far Around the Bend’ (where its subject prays “for Pavement to get back together” – permit me an indie squeal, if you will). Bryce Dessner also props up Antony Hegarty with a warm acoustic backdrop for a striking rendition of Dylan’s ‘I Was Young When I Left Home’ and Aaron Dessner couples up with Justin Vernon for the orchestral sweep of ‘Big Red Machine’ (they also play on Sufjan Stevens’ non-Christmas themed contribution – I'll get there in a minute).

Elsewhere: Grizzly Bear, twice, once with Feist to superlative ends; Kronos Quartet offer a sterling interpretation of Blind Willie Johnson’s ‘Dark Was the Night’ which gave this set its name; The Decemberists possibly indulge themselves slightly with an eight-minute folk strum; Iron & Wine do exactly the opposite with the sparse, affecting ‘Die’ (a blink-and-you’ll-miss-it 67 seconds); an on-song Yeasayer; oh, and a certain Sufjan Stevens. Closing Disc One with a flourish, his cover of The Castanets’ ‘You Are the Blood’ is precisely what you want from the man, in that it’s likely what you least expect – an electronica-informed, dub-heavy, multi-segment cacophony that tops ten minutes. As a crystallisation of his fervent ambition and talent it’s bang on the money; as an indication where he might be headed come his next album proper it’s positively tantalising. Who’d have thought it’d be Stevens bringing the noise to this party?

Ah, crikey. Disc Two, anyone? Quality levels don’t quite remain in the stratospheric here (for if they did, we’d surely be looking at a perfect score), but it’s a remarkable collection nonetheless. Spoon get things underway with a stomping little ditty entitled ‘Well Alright’, Arcade Fire’s ‘Lenin’ and Beirut’s ‘Mimizan’ subsequent and a touch underwhelming both, truth be told. It’s an absolute pleasure, though, to hear My Morning Jacket on such relaxed form as ‘El Caporal’ – a brassy, playful waltz featuring an assured lead vocal from Jim James. Where the second disc doesn’t quite live up to the first, mind, is in its failure to confound expectations quite so comprehensively. Witness: Conor Oberst’s duet with Gillian Welch on ‘Lua’ is pretty as you like, though it lacks the startling intimacy of his original, Cat Power’s ‘Amazing Grace’ is exactly what you’d expect from Marshall for better or worse (better in this case, it has to be said), and Kevin Drew’s ‘Love vs. Porn’ seems an oddly subdued exeunt.

Reppin’ the British Isles however, Stuart Murdoch’s ‘Another Saturday’ takes the wistful melody of Scottish folk tune ‘Wild Mountain Thyme’ and imbues it with his gentle, reassuring tones. Indeed, often the pleasure of this record comes simply via hearing new material from these acts, and that’s certainly the case here. The New Pornographers’ ‘Hey Snow White’ is a real success – gloriously simple, infectious, and oddly reminiscent of Fatboy Slim’s ‘Praise You’. Yo La Tengo are on dreamily blissful form, while Blonde Redhead team up with Devastations to breathtaking effect on the haunting ‘When the Road Runs Out’.

Another of Disc Two’s joys comes from quarters unexpected. Riceboy Sleeps, for example, put forward an exercise in deep, ambient restraint via ‘Happiness’ (what more would you expect from Jónsi Birgisson of Sigur Rós?), and the set has happily introduced me to the retro-soul stylings of the quite wonderful Sharon Jones & the Dap-Kings, whose take on Shuggie Otis’s ‘Inspiration Information’ is irrepressible, swaggering stuff. It’s refreshing to hear among fairly omnipresent acoustic guitars too, as is Buck 65’s Sufjan and Serengeti-aided ‘You Are the Blood’. Andrew Bird’s version of The Handsome Family’s ‘The Giant of Illinois’ is pure shimmering loveliness. Oh, and Dave Sitek? Covering The Troggs’ ‘With a Girl Like You’? With help from (an uncredited) Stuart Bogie of Antibalas? Drenched in brass and headphone shuddering reverb, it’s as cheerfully barmy and smile-inducing as you might expect. Bravo, Sitek!

Whether this compilation is the equal of 1993’s era-defining No Alternative (where Red Hot delighted in cherry-picking the finest of an American music scene in rude health – Nirvana, Sonic Youth and the Beastie Boys all featured) remains to be seen: it’ll take years before such perspective will be granted us. Too safe, too slow, too similar, too sanctimonious? Not on your alliterated life. As a document of the (musical) times, a beautiful, sundry package and admirable unification of today’s very finest towards a common goal, Dark Was the Night is unbeatable.