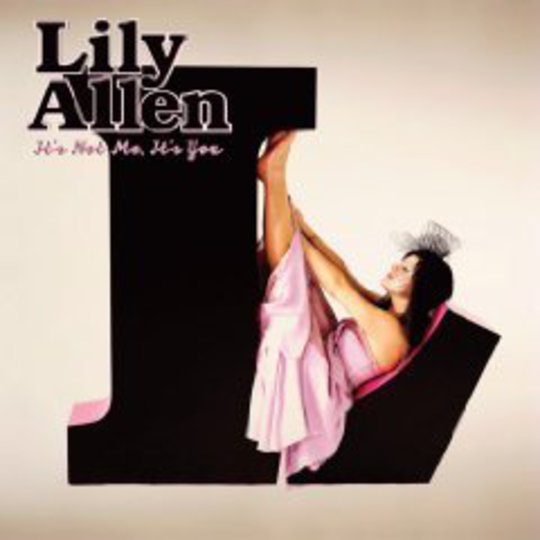 Lily Allen, eh? It’s been quite the few years. Her early demos piqued the attention of the nation’s youth via MySpace through their mischievous and matter-of-fact tone, and when ‘Smile’ eventually hit, it buffeted her into the upper echelons of British pop royalty with nary a look back. And why not? Alright, Still was a breath of fresh air in an increasingly moribund "pop" landscape. A playful, often caustic wit informs Allen’s finest, with subjects tackled including breakups, unsatisfactory partners and boozy nights on the town, album highlight ‘LDN’ a wonderfully irreverent and addictive paean to the capital. If it's comparisons you’re after we’re talking Mike Skinner’s talent for evocation and Alex Turner’s penchant for detailing his songs with the minutiae of everyday life. As evidenced by a revelatory Strongbow'n'smokes-assisted performance at Glastonbury 2007, Allen’s none-more-candid music reflects her character to a tee. That, and it’s just a lot of fun.

Three years down the line Allen has faced off with detestable 'celeb-blogger' Perez Hilton, suffered a miscarriage, drawn remarkable levels of antipathy from certain quarters (check out this snide-as-you-like gig report), and glumly resigned herself to tabloid fixture status – a level-headed reaction to not putting any music out for a while. There was that much-maligned chat show too, but, well: I never saw it. All things considered, coupled with the fact that It’s Not Me, It’s You kicks off with a fairly grim state-of-the-nation address entitled ‘Everyone’s At It’ (we’re all on drugs, apparently), you’d be forgiven for thinking the impish charm that saw her resonate so thoroughly with the Great British Public way back when has justifiably evaporated.

Indications aren’t particularly promising: the trumpets and ska-influenced overtones are conspicuous by their absence, replaced by a glossy electro-pop sheen courtesy of Greg Kurstin from LA’s The Bird And The Bee. Ronson’s nowhere to be seen (part of a concerted effort to not ply fields "too retro"), lead single ‘The Fear’ hovers precariously above the trap door marked ‘Celebrities: Your Celebrity Is Not Songwriting Gold’, and third track, ‘Not Fair’, revolves around a somewhat uninspired chorus of "It’s not fair and I think you’re really mean." Furthermore, topics such as God and an inept US President (no prizes for guessing who) are on the table. Yikes.

Hold up though, because dismissing this album out of hand would be a grave error of judgement. There's nothing as straight-up enjoyable as 'LDN' or quite as remarkably scathing as ‘Smile’, but sticking with It’s Not Me, It’s You and penetrating its jarringly slick-meets-Garageband-amateur exterior is wholly advisable. Not perfect by any means, it nevertheless cements Allen’s status as an adept chronicler of daily existence (just another blogger? - Ed). By virtue of her clever lyricism and melancholy-sweet singing voice, even ‘Everyone’s At It’ is a triumph, and a brave opener at that, while the frank manner in which she addresses the pitfalls and vagaries of fame in ‘The Fear’ is for once refreshing, as opposed to simply nauseating. "I am a weapon of massive consumption," she proposes: "It’s not my fault – it’s how I’m programmed to function."

‘Not Fair’ (of the "it’s not fair" chorus) might come over as petulant in lesser hands, but given time, even this reveals its own idiosyncrasies – not least some fairly incongruous banjo licks – while it turns out Allen is expressing frustration at a lover’s inadequacies in all matters carnal (made doubly irritating as in all other respects he’s top-notch). "I feel pretty damn hard-done-by / I spent ages giving head," she trills sweetly, and in a wicked subversion, "You’re supposed to care / But you never make me scream."

Her family also remain a major concern in these songs: ‘Back To The Start’ is a self-confessed “olive branch” to an older sister with whom she’s had a difficult relationship and ‘He Wasn’t There’ belies its title, a clumsily affectionate tribute to her father. Relationships are considered at length, in a manner that although skewed is capable of eliciting plenty of empathy. The cathartic ‘I Could Say’, for example, sees her emerge from the other side all the better for it, while ‘Who’d Have Known’ lucidly details the furtive thrills and giddy excitement that lie at the outset of a romantic endeavour. This latter wasn’t intended for inclusion on the album, namely as Allen made no bones about ripping the chorus straight out of Take That’s ‘Shine’ and couldn’t be bothered with the paperwork surrounding. In slowing the tempo some though, substituting its vapid generalities and platitudes with a warmth both insightful and agreeable, she bests the original considerably.

It ain’t all good, mind. ‘Him’, despite occasionally inspired couplets regards the Big G (“I don’t imagine he’s ever been suicidal / His favourite band is Creedence Clearwater Revival…”) is a bit much, really, though fair play to her for the effort. ‘Chinese’ also treads waters a little too over-familiar, with Allen again extolling the virtues of a healthy relationship (and Chinese takeaways). Even here though, a fine vocal performance salvages things from the completely forgettable. The attack on Dubya (ahem: ‘Fuck You’), though inevitably amusing to a degree, succumbs to a nursery rhyme chorus that however sincere can’t help but grate a little.

Ultimately though, what other pop star would delight in (and generally get away with) taking on subjects as convoluted as terrorism, politicians, drugs? Who else would revel so much in dissecting the unglamorous finer points of relationships, so eloquently and so breezily? Katy Perry and her faux-lesbian antics? Leona Lewis and her flagrant over-emoting? James I-am-just-shit Morrisson? The vacuity-peddling, monstrous entity that is the Pussycat Dolls? When Lily Allen is at the top of her game, she is the (im)perfect pop star for our times. That this defiant second album is as patchy as it is assured only serves to underline that notion.