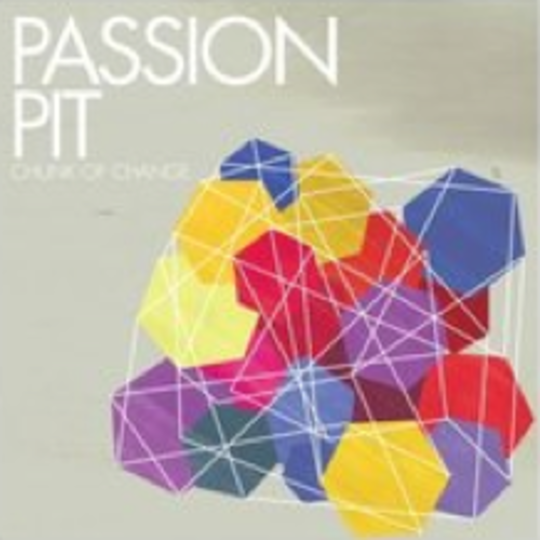 Gentile, slightly smudged and even a little melancholic, like faces pressed against steamed-up windows watching someone leave, Passion Pit are immediately accessible yet ever so teary-eyed in delivery.

When frontman Michael Angelakos breaks into the line "Have you ever seen me cry?" in broken, fragile falsetto, the resolutely pedestrian track suddenly shifts a gear and you can't help but feel a shiver playing xylophone along your vertebrae. Initially dismissing these guys, unfairly, as MGMT-lite is not only an easy thing to do - it's too easy to do. Rather than rocket propelled by major label confidence, this Chunk Of Change seems like a happy fluke.

Infused with simple electronic ripples, synths teasing out melodies too soft to be euphoric but evocative nonetheless, it's Angelakos' naïve and honest lyrics that carry this away from being mere bandwagon hijacking. It must be said nothing here is original – little known groups like Mercenary Rhymes and the Age Of Rockets are just two excellent examples that have done this type of electronica, also heavily inspired by The Postal Service – but to knock it a few points for not being aware of this isn't exactly fair. Plus, tracks like 'Sleepyhead' are dramatic pop moments that transcend their roots.

This familiarity means these songs already feel like they've been around forever. 'Cuddle Fuddle' has a "Rapunzel" mantra that's almost nostalgic. The elevated effect from the simple loops, and the slight discomfort that perhaps we shouldn’t really be listening to these outpourings (they were meant for Angelakos’ girlfriend apparently), makes the whole thing pretty personal.

So it's the sound of joyous, uplifting party scraps being glued to Polaroids of happy memories. Whatever changes have been made since Passion Pit's songs were formed, it's clear that 'Sleepyhead''s leap in terms of character and unfettered good feeling bodes well for a future of tender soul-baring without the navel-gazing. Amen to that.