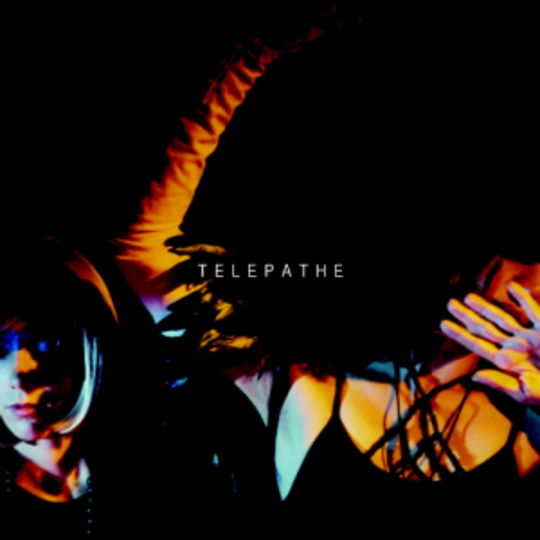 Telepathe are from Brooklyn, New York. A lot of really great music is coming out of Brooklyn, New York at the moment. This record, however, lays waste to the idea of a ‘Brooklyn sound’, revealing only a shared mission statement to make great, original sounding music.

One listen to Dance Mother, their debut album, and you can see why Telepathe would have been linked - lazily - to the other popular artists of this region. Immediate comparisons to Yeasayer could be made ('Lights Go Down' steals their keyboard presets and sets them to a disjointed electronic backing with arcade game tics and splatters, and ends up sounding like a modern R’n’B track) as well as TV On The Radio (the band's David Sitek, of course, produced this record). Fellow New Yorkers Gang Gang Dance are also a valid reference point. But with this heady sonic mix, Dance Mother also proves to be a pop calling-card.

The Moroder-esque one-and-two fingered synthesiser runs that open the album on ‘So Fine’ are offset against a scattershot, cut up disco rhythm and simple, devastatingly hook-laden girl-group vocals. Arguably the most immediate track, it showcases not only their ability to create atmosphere (the whole song is wrapped in a shimmery gauze of reverb and whispery background synths) while remaining accessible (the almost conversational lyrics and delivery of the couplets "So what / So fine" and "So fine / Be mine").

'Chrome’s On It', meanwhile, opens with huge, crystalline guitars that spill colour over fuzzy synths, and hi-hats which fizz until the end. Elsewhere, 'Can’t Stand It' introduces a slowly filtered vocal sample before blossoming into similar 4AD territory.

Throughout, Sitek’s production dusts the stark techno basslines and percussion with ambient touches, and renders them human again, embellishing with swathes of guitars and treated synths, and allowing the vocals to come to the surface; untreated and clear as glass.The album closes on ‘Drugged’, with minimal drum machine patterns pattering and clawing at a pool of glossy analogue synths, gradually building to an almost anthemic close.

2009 looks set to be a fantastic year for music. With Animal Collective’s new album Merriweather Post Pavillion already provisionally pencilled in at the top of many an imaginary 'Best Of 2009' chart, you can now safely pencil Telepathe’s debut next to it.