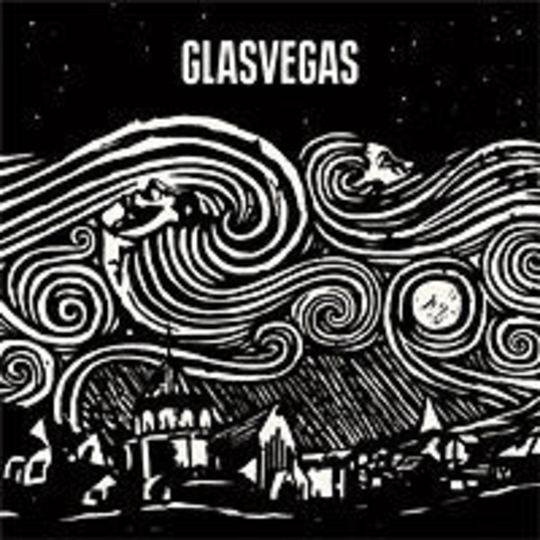 Glasvegas aren't exactly the newest kids on the block. They'd been playing shows in and around their home city for a while before the hype began this time last year. The buzz was kick-started when Alan McGee posted a blog, coyly declaring them "THE BEST BAND SINCE THE MARY CHAIN!". Time passed and then these ears heard The Home Tapes, - my excitement levels started to boil over. The subsequent furore on DiS and across the media upon the release of limited edition singles 'Go Square Go' and 'Daddy's Gone' (review) left us gagging for more.

Beyond the off-putting tabloid hysteria, there's a lot for your average indie kid to question. There are the tales which gnaw at the band's credibility; the I-saw-them-two-years-ago-and-they-sounded-like-the-Libertines ne'ersayers (sounded more like a Clash-meets-Johnny-Cash tribute band to me - **Ed**), but who cares? Radiohead laid their foundations with 'Pop Is Dead'. Even perennial DiS favourites Foals have changed direction more times than a paralytic JCB driver - and they're only one album old. No, credit should be given where it's due, and the fact that Glasvegas appear to have stumbled upon much of their sound by accident makes their achievements all the more startling.

Unfortunately, on first listen, those 'album of the year' tags we've been hearing from elsewhere in the media seem a little premature. Glasvegas seems to have lost all the rawness and magic of those beloved early demos. Recent single 'Geraldine' has been sheered of its rough edges for radio programmers, leaving it sounding almost too polished, polite even. 'Stabbed' has been robbed of the I'm Gonna Get... prefix and has also been stripped down to reveal itself a completely different beast.

However, then along come 'Daddy's Gone'and 'It's My Own Cheating Heart That Makes Me Cry', which both sound superb, and 'Go Square Go', which sounds like a terrace anthem in waiting. In the end, Glasvegas maybe won't change lives but with its rich indie wall-of-sound nostalgia trip, it should get a few kids delving through their influences and forming space-rock bands. Inevitably the early spike of hype should leave the band flying high and gain the freedom to follow this up with the heart-melting, ear-stabbing, era-defining opus, which we had been promised that this would be.