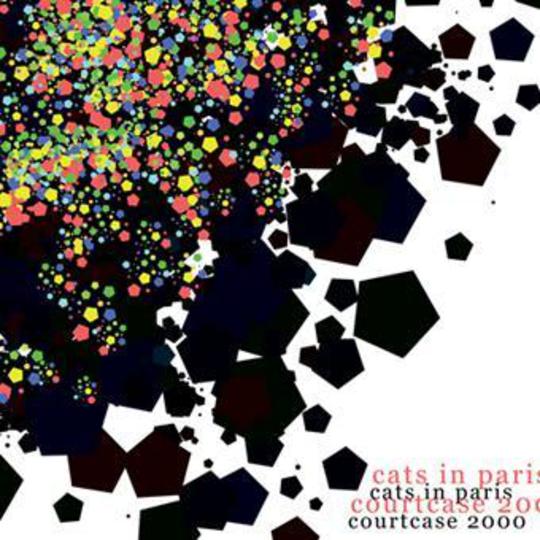 New bands are often much of a muchness; uninspired soundalikes with precious few ideas of their own. It's painfully rare an album comes along from a relative unknown sounding almost completely unlike anything else doing the rounds. In the case of a band with its geographical roots in Manchester, it'd be easy to compare and contrast Cats In Paris with 'indie' darlings de jour The Courteeners and The Ting Tings, but Courtcase 2000 is a record so far removed from those altogether simpler sounds that it'd simply be a waste of a paragraph. Oops.

Sure, like anyone else Cats In Paris have their influences: Animal Collective (and who wouldn't want to take something from the Baltimore troupe?) and Deerhoof; Los Campesinos!, perhaps - but the multifarious noise they unleash on their debut LP hints at a band who've spent time thinking about and developing their own sound as opposed to tabbing out songs by their heroes and pressing 'repeat'.

In the hands of the less precocious, the likes of 'Lovelovelovelovelove' or 'Goojfc' (Get Out Of Jail Free Card) might sound overblown or ham-fisted. Packing so many different ideas into even four or five minutes isn't easy but the execution is near perfect: burbling synths, soaring violins, and Michael Watson and Sara Beard's keening vocals (seriously, if cats could sing... why they chose the name, perhaps?) eases us in before 'Foxes'' power-prog-pop takes over. Here, what could be easily be a three minute indie dancefloor hit winds up a sort of space-age slow-jam waltz - pretty beguiling stuff.

The aforementioned 'Goojfc' and 'The Curse Of Jonah Brian' channel further disparate influences: the former, YACHT's muscular electro-pop, the latter could be Madness meets Muse on Mars. At midnight. Enough with the ridiculous analogies, though, because what you really need to know about Courtcase 2000 is that it's an incredibly accomplished LP - maiden or otherwise. Not an instant hit, but you could, of course, say that about all the best records... unless you're still reeling from the Ting Tings comment above, that is.

No first attempt is perfect, though, and there are moments when Cats In Paris venture too close to the sickeningly twee. Nobody - well, certainly not this writer - wants to hear lines like "Way cool, way cool, way cool, way cool" ('Foxes') or "We'll eat 'til sick comes/And draw a circle" ('Castle Walls'), but such blots are refreshingly rare on what is a pretty-darn-close to impeccable debut copybook. These Cats, then, have got the tunes as well as the cream. A bright future seems assured.