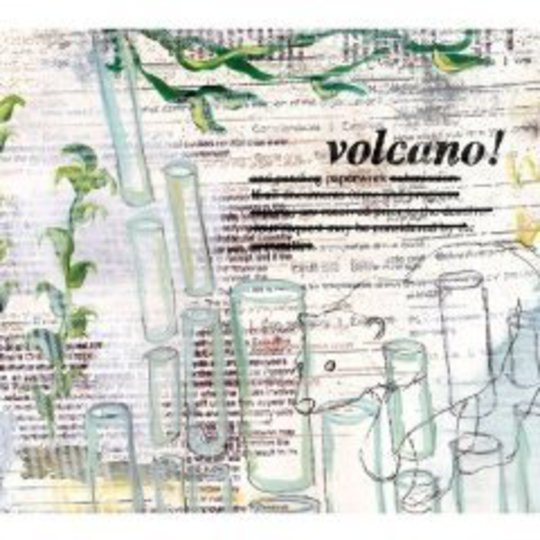 In 2006, Chicago trio volcano! checked in with Beautiful Seizure, a freethinking, creative masterpiece, recognised by DiS as deserving a very rare and very perfect ten. A breath of fresh air without question but for a new band with an utterly unique approach, the difficult second album might prove to be more difficult than usual. So to Paperwork; did they stick or did they twist?

Although the songwriting and track structures have benefited from experience, the core sound of volcano! remains unchanged. Their building blocks are still made of strong and sometimes randomly hit drums, atmospheric tinkling bells, rhythmic vocal patterns that sweep and dash in an almost operatic recitative manner and the occasional burst of Spanish lyrics.

In its own right, Paperwork is a thrilling journey of exuberant swoops and peaks balanced against puzzling but rewarding thrills. This is an album that benefits from mulitple listens, just as those of volcano!'s sonic compatriots Battles and Foals. There are hooks and tunes aplenty but finding them takes a little time and attention, which in the scheme of things, can only be a good thing.

Amidst the tuneful expressionistic flight test, one track stands out as more of a curveball enigma than the rest. 'Slow Jam' has more in common with chocolate voiced lurve god Barry White than could be expected. Lyrically, its inspiration is red hot sex with the one you love. It's expressed with such amazing joy that will either bring a secret smile, concealing similar memories or perhaps a burst of green eyed envy at having never felt this damned good in the supernatural post love glow.

Paperwork is a worthy listen because it contains all the elements that had us take notice of volcano! the first time around. As such, moving forward was always going to be a challenge as where could they go from here? Less jaw dropping than its predecessor but still an excellent piece of work by any standard.