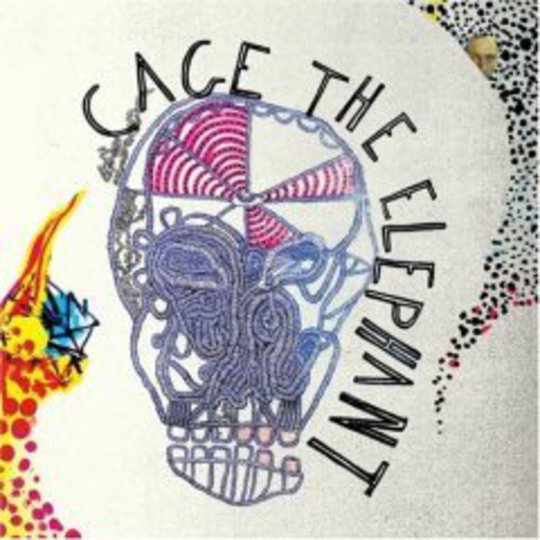 Why does it always seem like the people who claim they’re here to save rock ‘n’ roll are often the ones least capable of doing it? We’ve time and time again seen shaggy haired rockers attempting to recapture some mythical spirit of rock that, based on the music they actually produce, ends up sounding like a tenth generation sub-standard Faces; their only claim to ‘authenticity’ being a filthy pair of jeans and a carefully displayed bottle of Jack Daniel’s.

With a back-story that includes a Christian upbringing in rural Kentucky, a pair of brothers among their members and early reports describing Axl Rose-style stage antics as they sing songs about ‘Free Love’, you’d be forgiven for thinking of *Cage the Elephant *as possible torchbearers for back to basics rock ‘n’ roll… or at the very least Kings of Leon 2.0.

Yet instead of the Followill brothers’ respectable Lynyrd Skynyrd crashing head-first into a pile of Tom Verlaine records sound, what we get on Cage the Elephant’s self-titled debut is a collection of radio-friendly alt-rock tunes with a southern twist and worrying dependency on Anthony Kiedis’ rap-rock-style vocals.

So while new single _‘Ain’t No Rest for the Wicked’ _may read like the title for some rollicking slice of southern-rock hellfire, the actual result is something more akin to a mutant hybrid of Kid Rock and the chart fodder of McFly. It’s a fatal flaw that rears itself again and again as a bastardised version of blue-collar Americana is force-fed a mass-produced strain of bland modern rock throughout all eleven tracks.

Which means that far from heralding another return to good old fashioned rock ‘n’roll as it was meant to be – full of spit, shine and rebel swagger – all Cage the Elephant have accomplished is a batch of songs that are just another symptom of the rock disease certain corners of the media claim these boys are here to cure.