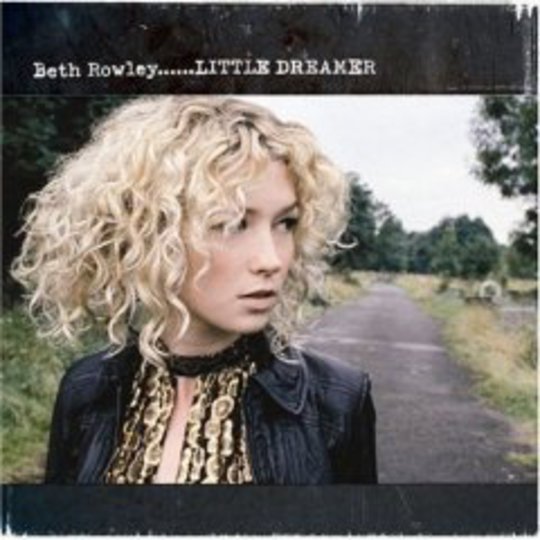 Some people are confused by the difference between being technically competent and remotely interesting – just because an artist can hold a note, sing in tune, and comes prepared with a CV as long as their forearm doesn't necessarily mean their output is going to do more than send the average listener to sleep. And who is this average listener? Perhaps: wife and two young sprogs in tow, comfortable office job, reliable diesel-fuelled motor, living on one of those new fangled estates on the rural edge of a city. Gets the horn at the sound of Jo Whiley's voice and goes for a crafty half every Friday after work where he and his work colleagues discuss the merits of this week's_ Nuts_ magazine. Sound familiar? Then this album is for you.

It’s slick so far as the production goes, and there's no doubt that Beth Rowley will turn just as many heads by her pleasing appearance as she will her vocal styling, which seems to be based on any number of artists from the past without ever really creating much in the way of an identity for herself.

Having raised her profile somewhat thanks to a supporting role on David Gray's last major UK tour, Rowley is now being touted as the "more genuine article" where British bluesy songstresses are concerned. But there is something resoundingly distasteful about Little Dreamer, so blatantly obvious from a marketing perspective – it could be the strategically divided track selection between cover versions and "co-written" originals, but something screams “Only £6.99 at Tesco” in big, bold, blue and white barcode-imitating stripes.

Most arrangements are the work of long-term associate and collaborator Duke Special, and each and every one breeds a familiarity you'd expect from having tea with an elder statesman of the family, from the opening traditional standard 'Nobody's Fault But Mine', to the cover of Bob Dylan's 'I Shall Be Released', which sounds like Karen Carpenter taking on cod reggae. It’s on the more accentuated blues numbers like 'Only One Cloud' and the gospel-tinged 'Almost Persuaded', again admittedly a cover, where Rowley comes into her own and finally displays some of the potential we've been force-fed by the Sunday supplements.

Undoubtedly this record will sell decently until the next genuine article is wheeled straight out of Brighton, Bristol or wherever. However, before publicists start harping on about soul, one would advise them to find a pulse in their artists first.