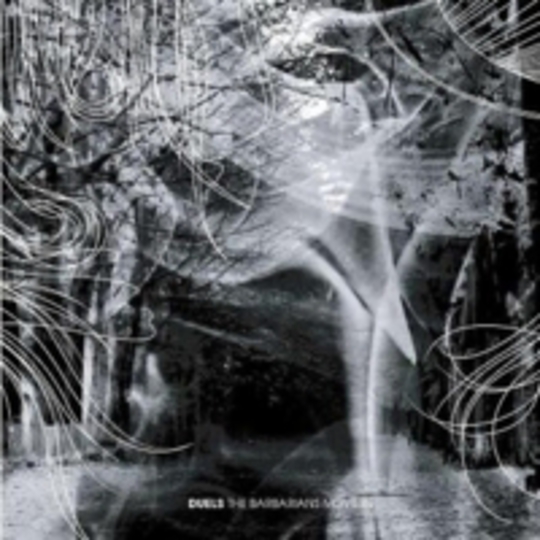 Taking a purely simplistic view, you could probably divide the back catalogue of Muse up into two categories: there are the pop songs, where the solo riffs are as memorable as the choruses and everything skips straight from A to B in a time-honoured fashion, irritating a portion of Radiohead fans as they go, and then there are the pompous, pounding masterpieces which pump like the very blood through Matt Bellamy’s veins.

The second album from the once-hyped Duels seems like homage to the latter, a collection of sounds clipped from Origin of Symmetry and Absolution and kept like cuttings posted in a scrapbook. If you sought to crucify them for it, opener ‘The Furies’ has all the ammunition you’d need, from the constant quivering quaver of the vocals which occasionally spear off into effortless falsetto with that accentuated intake of breath, to the wall of guitar-based sound which breaks up into a fuzzy, high-gain guitar solo as the lyrics look yonder to some doom-filled horizon. Press it as a Muse b-side and nine out of ten fans might not even notice the difference.

If you’re au fait with the story so far, the picture painted might prove surprising, given how far it is from their 2006 debut album The Bright Lights And What I Should Have Learned, a spiky Britpop sugar-rush, overblown and tainted with tear-tracks in places but still more Suede than sinister. The Barbarians Move In isn’t so much a comeback, more a re-launch; the first album of Duels 2.0, any previous comparisons to Kaiser Chiefs finally ostracized since anything that previously fizzed is bled dry and flogged in a world painted decidedly bleak. ‘Perimeter Fence’ is the height of this unrest, the voice of Jon Foulger not especially overpowering, but stern enough to convey the grey-on-grey of unwavering opinions, unshakeable habits and potential wasted in everyday life, sounding like some cold-hearted marshal of this grave new world as the song itself drags its feet through another monotonous day.

Once the album settles down, The Barbarians Move In has its own problems. After the first few songs succeed in matching the fanfare of the curtain raiser – both the acoustic-aided, heavy-breathing of the eventually-pretty-explosive ‘Sleeping Giants’ and the powerful, fuzzy-basslined stomp of ‘Regeneration’ match ‘The Furies’ for loud ‘n’ proud pomp – past track four the momentum slowly dissipates, gradually replaced with the very repetition it once described, although the lullaby of ‘The Wild Hunt’ brings some welcome variation with its muffled, underwater shimmer.

An album conveying doom is never going to be a light listen, but at its high points the atmosphere-led indie-rock of Duels’ second long-player manages to impress without having to resort to grabbing a cloak, pointing to thundering skies and hamming it up like the end is nigh, even if it does tail off as rapidly as some X Factor loser’s chart position.