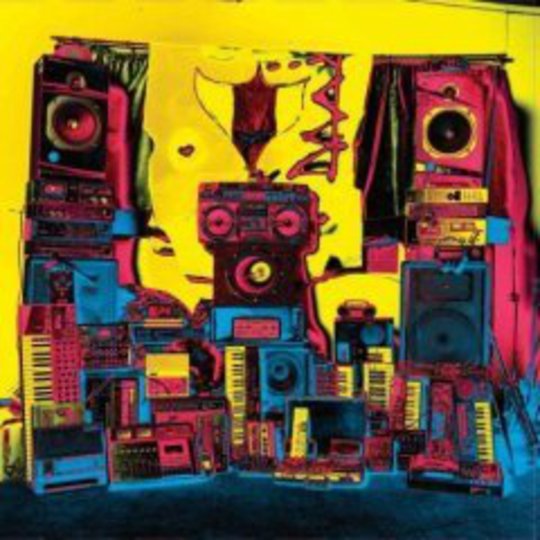 The first listen to* Bumblebeez*’s new album is an overwhelming experience. Kinda like that first episode of The Apprentice, where a load of nameless noises shout and pontificate about strategies and calling themselves ‘Success’ or ‘Alpha’. Prince Umberto And The Sister Of Ill is so keen to show the boss how right it is for the job that its ideas all come out in one big wave that would have Nick and Margaret pulling even odder faces than they do normally.

Okay, let’s leave the metaphors there for all our sanity. The point: Bumblebeez – a.k.a. Chris Colonna and sister Pia - mix hip-hop and guitar-based tunes occasionally decently, but persistently erratically. Subsequently, this LP is an over-long mish-mash of pure party fun flirtations and long periods of under-developed ideas. At 16 tracks, Prince Umberto… extends itself to a state where its better moments are lost in the muddle. Focusing on the positives: Colonna’s grasp of so-hot-right-now beats and electro facets is brilliant, backing up the posturing with solid-gold subterranean warehouse content. ‘Black Dirt’, ‘Dr Love’ and ‘Comin’ Fa Ya’ possess grittily dark edges as tough as the beats they’re built on.

The rap elements of the album work well, bringing to mind M.I.A., Wu-Tang Clan and Yo Majesty at times - direct, angry; a punch in the face. The guitar-dominated songs here, however, are more akin to The Hives and acts of their fairly derivative garage band ilk. Nothing wrong with that, per se, but the contrast between the dirty big beats of one half of this LP and the almost jock-rock tendancies of the other make no sense as bed partners. In short: Bumblebeez have made a hip-hop mix tape and tagged a few bits and pieces on for no apparent reason.

Shame, as there are genuine moments of intrigue and invention on display here. For example, the glitches and bleeps on ‘The Game’ _start well but go nowhere whilst _‘Rio’ has a laidback beach vibe that creates images of sand and cocktail parties and all matter of cool thing neither you nor I will ever experience. ‘Pump Up The Bass’ sours things though – it just sounds like Alesha Dixon, drunk and trying to hail a taxi.

What could be a concise party album to make people move has been undone by extraneous guitars and a pile of half ideas inexplicably left on here for us all to suffer through. The result is a rare mistake from Modular, a patchy album that doesn’t quite meet its potential.