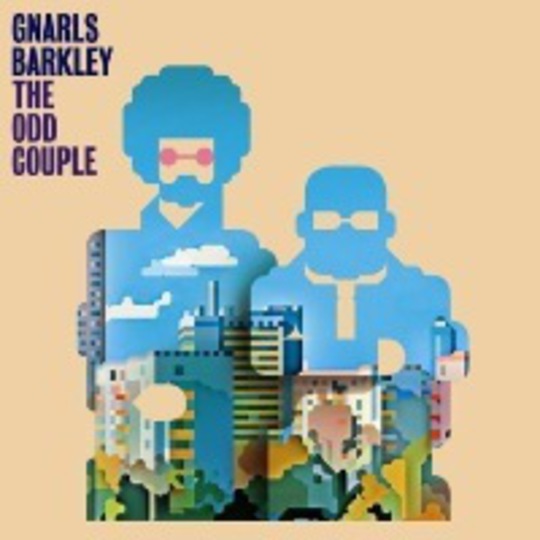 Whether Del the Funky Homosapien spitting off about sci-fi, Ice Cube’s cartoon incarnation or Lupe Fiasco’s tedious Marvel-inspired alter-egos, there’s always been something of an unspoken affinity between hip-hop and comics, not far removed from the same nerd-core sensation of those pristine boxed sneakers (circa ‘58, thanks) stacked away under the bed. Odd then that this partiality seems so central to why Gnarls Barkley are such a drab proposition.

Since deciding to name himself after an eye-patched super-rodent voiced by David Jason, this comic book association seems to have stuck in the head of Danger Mouse (born Brian Burton), with the New York beatnik continually ploughing headfirst into various brands of caricature pop, eternally affiliating himself with characters who seem straight out the pages of some archive cartoon caper. But, whilst his production of Gorillaz and MF Doom for Demon Days and Dangerdoom perfectly encapsulated the quirky essence of the act, as Gnarls Barkley it feels little beyond the comfort of a pastiche, failing to capture Cee-Lo Green’s bleak tendencies by coating the Goodie Mob crooner in such a gross gloss.

Whether due to a penchant for costume or the dusty production of another era, retro-ism and nostalgia underpins their sound and a karaoke sheen cloaks Cee-Lo’s riveting melancholy. The finest moments on The Odd Couple are when he takes charge of things, particularly when his trademark diva bawl takes centre-stage on the teary balladeering of ‘Who’s Going To Save My Soul’, affecting where on St. Elsewhere it seemed contrived. You feel Danger Mouse should be aware of the space he should give Cee-Lo to croon following the looming success of ‘Crazy’ two years ago but, instead, the vocalist is either swamped by the confused jungle pomp of ‘Open Book’, sounding like Tarzan trying to get his head round using Autechre’s equipment, or his pining tones are slowed down to a drab soul-pop shuffle. For all of its reasonable moments – particularly ‘Mary’’s clunking carousel chimes – this schizophrenic venture just seems overly eager to please all with a hodgepodge of Motown, funk and soul.

No matter what themes Cee-Lo delves into, The Odd Couple, as with its predecessor, struggles to remove itself from being much more than inert comic-book soul. Solid and safe fun perhaps, but when Cee-Lo questioned “Was it the story or was it the song?” that was wrong on St. Elsewhere, who thought The Odd Couple would be such a resounding answer for the latter?