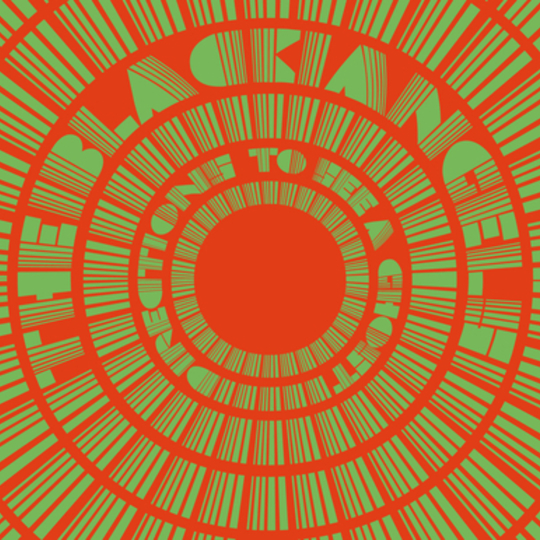 Not to be confused with Black Kids, Black Lips or Black Mountain (well, maybe a bit), The Black Angels hail from Texas and make music of a woozy, bluesy persuasion. They take their name from a song on The Velvet Underground's seminal 1967 debut LP - 'The Black Angel's Death Song', keep up - and their logo is even based on an image of The VU's one-time collaborator Nico. They released their own first record, Passover, in 2006 with Spacemen 3 and The Warlocks clear, excellent reference points.

Directions To See A Ghost starts off promisingly. 'You On The Run' kicks in with ominous drums and bass, like some kind of undead marching band playing songs off the first B.R.M.C. record. Mainman Christian Bland - he of the unfortunate name, given what follows - sounds like Interpol's Paul Banks on the verses (monotone, portentous) before morphing into The Doors' Jim Morrison for the chorus (shaman-esque, dramatic) - and it's enjoyable. Consummate, even.

Along come 'Doves' and 'Science Killer', both in the same vein, but, soon enough, it becomes hard to distinguish where one song ends and another begins... and not in a good way, more a one trick pony sort of way. It's also difficult to make out what Bland's singing beneath the haze of sonic fog, though references to "The FBI" and the band's own rhetoric accompanying the release suggest he's not left behind the anti-establishment sentiment of their debut (see: 'The First Vietnamese War').

Musically, too, they've not made much progress from Passover. Much like the aforementioned B.R.M.C., who always had more hooks but suffered a similar creative stagnation on their second record, The Black Angels seem to have found their niche and are happy to stick resolutely to it rather than attempt to move forward. Rumbling bass, shimmering guitars... if you've heard any of the acts referenced above, you'll know just what to expect. After three or four songs, familiarity turns into boredom - and with every song exceeding the four and a half minute mark, it's a long old haul.

Bands don't necessarily have to move on from one album to the next, but the overarching feeling on Directions To See A Ghost is that The Black Angels are a band treading water. Not just any old water: these are seas well charted in the last few months by a number of other, more focussed bands. In places (like the end part of 'Deer-Ree-Shee', for instance) the 'Angels hint at greatness but, taken as a whole, they're unable to deliver it consistently here.

Sixteen-minute closing 'epic' 'Snake In The Grass' completes the malaise. By this point, it even sounds like the band themselves are getting bored with their narcotised space-rock shtick. Either that or they're coming down. Trouble is, it's not as if the highs were dizzying enough in the first place to warrant this wretched, extended withdrawal. By no means an awful record, but certainly a disappointing one.