Tinfoil On The Windows 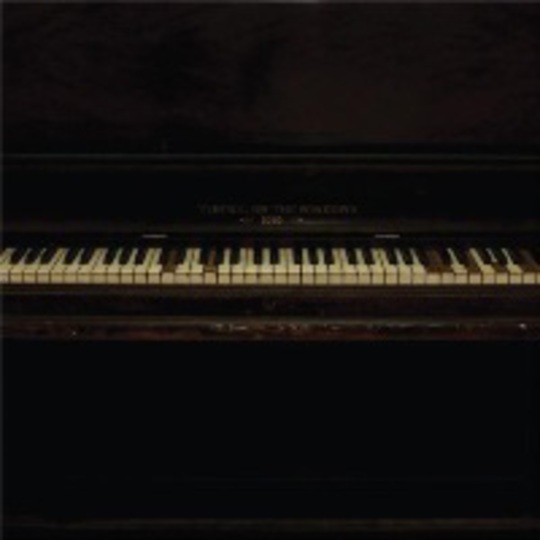 Okay, I’ve made two conscious decisions about this review:

Firstly, I will try and be nice.

Secondly, I will not make one VERY OBVIOUS COMMENT.

This is really pretty awful. I mean, maybe it’s just not my thing, but I have to say that I find soso’s brand of nu-avant-hip-hop incredibly grating.

There goes my first promise.

What does this EP sound like? Imagine Death Cab for Cutie at their absolute sappiest, with Ben Gibbard replaced by what can only be described as an absolutely tone-deaf and whiny Canadian who’s doing something somewhere between spoken word and sobbing. Chuck in some cheesy Buck 65-esque electronics/beats, a couple of xylophones and some pointless acoustic guitars strumming tinny country chords and you’re pretty much bang on the money with the way Tinfoil on the Windows sounds.

It actually hurts me that this is being labelled as hip-hop in any sense of the word at all. It’s emo! So emo! With bad rap! Oh _GOD _it’s “RAPMO”_! Something I never thought would actually happen!

This is so emo that even the most emo of emo kids would mock this wholeheartedly, and probably discover hardcore as a result of crushing their thick blame frames in frustration and disgust. Which is probably the only good thing this record will ever do.

Take for example these charming lyrics from ‘All the Useless Things These Hands Have Done’ (ahem), a cute little ditty which appears to be about cutting off various human ligaments and sniffing shoe polish (I’m not kidding): “Everything goes to shit, everything goes to shit, and I’ll be there with my shit-eating grin, holding her hand and hoping she likes me on some, ‘I hope she likes me’ shit.”

Holy shit! That hurts! What the fuck does that even mean?

Sure, this could just be me, but I honestly tried to be objective whilst listening to this. I promise. I just think that soso’s approach to his music constantly finds itself running into infinitely imitable clichés, already laid to waste by bands like Explosions in the Sky. I honestly challenge anyone to listen to this and feel differently.

And, despite my second promise, here goes: naming yourself ‘soso’ is NEVER a good idea as a musician who’s going to get reviewed. Unfortunately, this isn’t even ‘so so’ – it’s just bad.

I’m really sorry soso, I legitimately didn’t want to slate your album, but I’m just being honest. My advice to you is to find another profession.