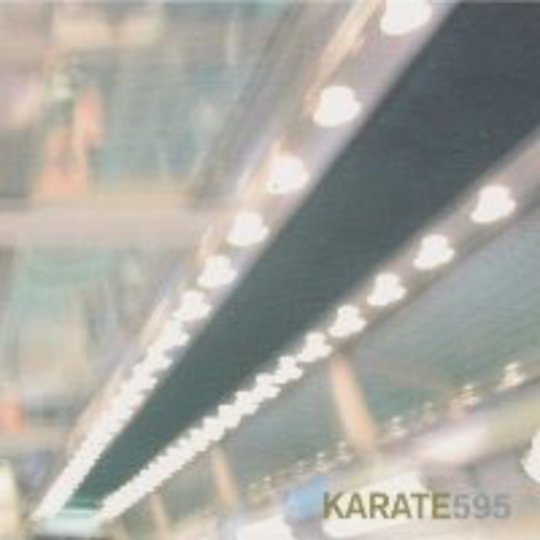 So titled because it’s a recording of their 595th show, recorded live at Stuk in Leuven, Belgium, Karate’s posthumous 595 finds the disbanded jazz-rock outfit at their laidback best.

Despite their split in 2005, the Boston quartet – reduced to a trio in ’97 as Eamonn Vitt left to pursue a career in medicine – remain influential in post-punk and -rock circles, and rightfully so – their Some Boots and Unsolved albums, of 2002 and 2000 respectively, remain amongst the best examples of creative guitar pop-rock committed to tape in recent years, intelligence balanced with immediacy to excellent effect. From the former here we have ‘Airport’, at two of eight, and ‘In Hundreds’ which immediately follows it – both are faithfully rendered, albeit with enough twists to separate them from sounding simply like in-the-flesh tracings of studio efforts.

‘Number Six’ (or ‘6’_ as it is here) arrives at track five, just as it did on _Unsolved; an understated gem in the band’s impressively sedated catalogue, the song’s meandering guitar lines criss-cross to craft a gently intoxicating brew. Some will deem it a little too freeform for rock music, daring to categorise this exclusively as jazz; but such connotations – you know, over-indulgence and impenetrability – sell Karate’s charms well short when they should be as recognised as those of the stylistically semi-similar Tortoise. This is music to wind down to, and 595’s coherent segueing makes it an album to treasure for quiet times, regardless of how it was recorded.

Gone but not forgotten, this echo of Karate’s quite singular excellence reaffirms their critical standing as one of the best bands to have ever called the Southern stable home.