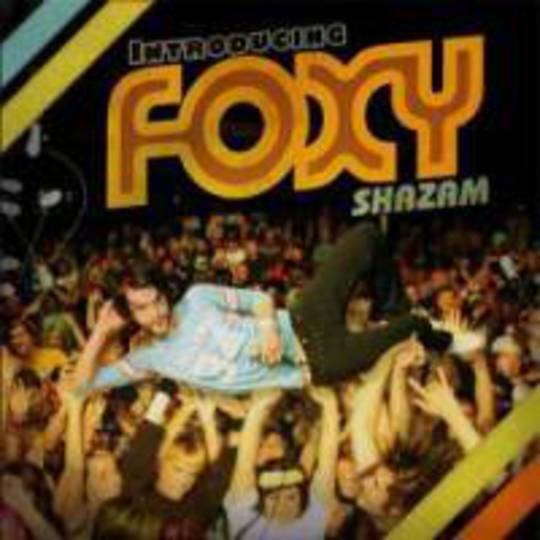 Perhaps they’re a band you have to see live to ‘get’, but Foxy Shazam are the sort of on-record proposition that splits opinion faster than fat-bottomed girls toss their oversize knickers at Mika. The Cincinnati five-piece’s second album (yes, second, despite that somewhat misleading title) bristles with an unruly confidence usually associated with breakthrough upstarts like the aforementioned ‘Grace Kelly’ chart-botherer and X-Factor_ loud-mouths; it borders on annoyance with no little regularity, but frustratingly also toys with genius on occasion.

With intentions sure-footed in party-starting territories, it’s hardly surprising that Introducing is a boisterous record from the opening cut, ‘Introducing Foxy’; piano is tinkled and guitars are strangled, and singer Eric Nally’s disjointed tones will appeal to some degree to those enamoured with the vocal style of Modest Mouse’s Isaac Brock and (the much-missed) Bear Vs Shark’s Marc Paffi. At its best, Introducing is vaguely reminiscent of The Blood Brothers’ Crimes, as boldly stabbed-at keys lend warmth to tracks spinning violently near losing control. Examples: ‘A Dangerous Man’, ‘Ghost Animals’ and ‘It’s Hair Smelled Like Bonfire’. When compositions are over-egged, though, and the schlock’s upped and chaos tamed, Introducing becomes a depressing slog.

That there’s nothing else out there much like Foxy Shazam right now should be assessed as both a blessing and a curse: their camp and theatrical-sounding rock will inevitably find its place in a market saturated in sound-alike emo acts and tight-jeaned indie lightweights – chances are that fans of Panic! At The Disco’s extravagance, and Queen’s OTT histrionics, will feel right at home here – but quite how many fans flock into said pen, bearing in mind its limited size and rickety fences, is up for debate. Personally this is too knowingly different for its own good; it lacks focus and as such potency. But its accessibility will attract admirers, however few they prove to be.

Nally says about Introducing, “Most of the songs are just about having a good time”. A plus is that they sound as if the band had fun recording them. Now Foxy Shazam must hope that a portion of their enthusiasm in the studio rubs off on the previously uninitiated.