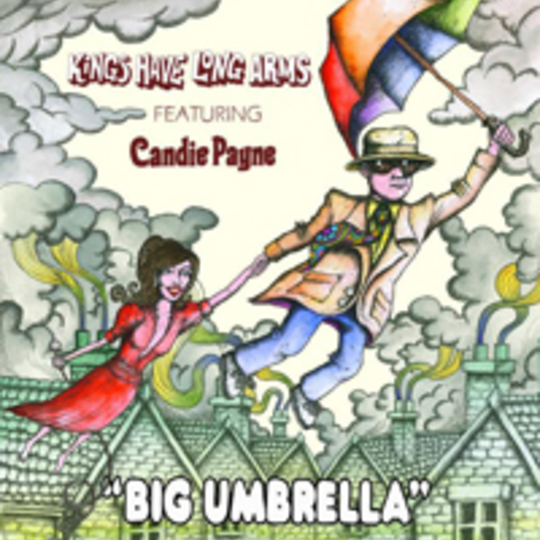 The idiot-grin on the face of this song might only be acceptable in the first week or so of summer, when everyone’s looking smug because they’ve worked out how to leave the house in just a t-shirt and the football’s still on.

Still, given the nature of the lyric it sounds like Candie Payne is aware of the folly of releasing this in the first week of January, optimistically predicting that “I’ll never ever, ever, whatever the weather, be blue”, but qualifying that assertion with the proviso that the presence of an umbrella is absolutely necessary.

**Kings Have Long Arms – the one-man band providing the sun-lounger pop in the background here – is probably oblivious to it, but he’s just crafted a “we shall not be moved”-esque protest song against_ climate change itself; looking at the darkening clouds, shrugging his shoulders and delivering a withering 'meh'. Punk as fuck; jolly, jolly, jolly good. Bleary eyed through the freezing walk home, you get the impression Mother Nature isn't so pleased, however.