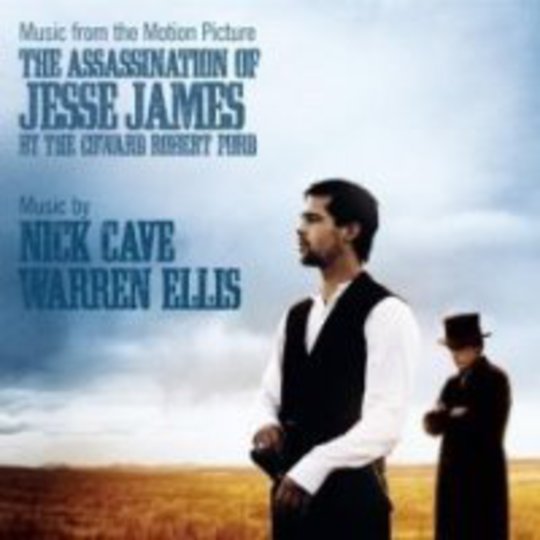 Following their fine collaboration for the soundtrack of The Proposition, a film also scripted by Nick Cave, this latest instrumental offering from the Bad Seeds lynchpin and cohort Warren Ellis of Dirty Three, his regular collaborator in Grinderman and the Bad Seeds, ticks the right atmospheric boxes. It’s woozy, romantic, understated just a little eerie; it occasionally captures the lump-in-throat brilliance of Decoder Ring’s Somersault score (trailer); it captures its accompanying movie’s character superbly we’re left to assume, based on previous experience, but never truly stirs deep feelings without the absent visuals necessary to render soundtrack releases wholly affecting.

The movie in question tells the tale of one of the American West’s most notorious outlaws, who finally passed over to the other side in 1882; an all-star cast make up the picture’s primary players, so it comes as little surprise that director Andrew Dominik wanted similarly high-profile personnel involved in the crafting of this soundtrack. Cave and Ellis, predictably, fail to disappoint; their compositions might sound slight in comparison to nastier material found elsewhere, particularly on Grinderman’s self-titled debut of earlier this year, but they are masterfully executed and skilfully orchestrated. Each nuance flexes and stretches within a framework that’s rock-solid and quite enveloping at times; every stroke of bow on string lingers, Ellis’ precision of touch becoming of a man rightfully elevated in status as one of the finest fiddle players in the business.

When the piano takes centre stage, the mood of this 14-track collection shifts down a number of gears; Cave’s gentle playing is matched heartstring for heartstring by Ellis, who follows the guiding Grand as it weaves pictures in the mind’s eye probably so far away from the picture itself, but no less graphic and captivating. Wide horizons, blood-red suns; plains dusty with drought and men weathered through prolonged exposure to a world outside of the law. It’s evocative and melodramatic; perfect material for a motion picture, then.

But, to return to the primary point here: its significance is considerably lessened when taken out of context. A finely realised and sporadically stunningly beautiful record though it is as a standalone offering, only when experienced in the cinema, or at home on DVD, will the soundtrack for The Assassination of Jesse James… really come to vibrant life.