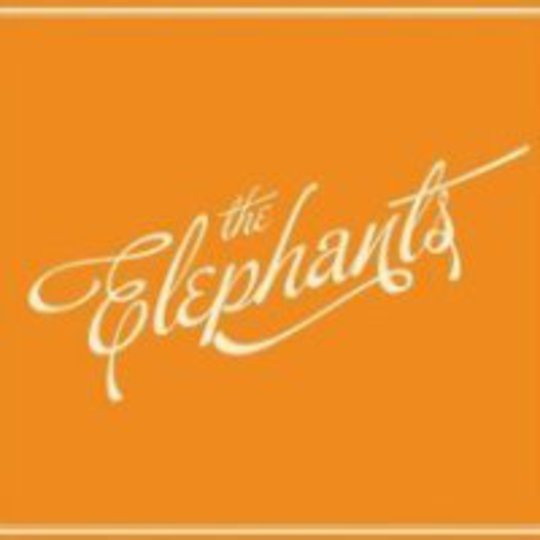 The debut album from Danish five-piece The Elephants is a pretty affair. Pretty in as much as it’s nice to listen to, but scratch beneath the surface and it’s just another generic indie-pop record with little to say and even less to contribute towards the genre itself. But you just try not to like it - it’s actually impossible.

‘Obvious’ nudges the eponymous debut into action with a series of dreamy girl-boy vocal alternations, a chorus that rips off Midlake’s ‘Roscoe’, and some sickeningly whimsical lyrics. It’s as indie-pop as a record can get. Case in point: the lyric “Let’s turn eleven for good”. I shuddered. ‘Seagull’ is the best track on show, with a guitar feedback introduction identical to Sonic Youth’s ‘Hey Joni’ and Seafood’s ‘In This Light Will You Fight Me’ and a chorus so jaunty and it’s hard to say a word against it.

Try to see through their summery charm though and the foundations of their sugary facade begin to crumble. ‘Valentines Day’ and ‘5 Minutes’ carry precious little substance between them, with more than just a passing resemblance to The Magic Numbers, while an attempt at an acoustic number on ‘The Splinter Song’ comes across as tepid. When acts like of Montreal are doing virtually the same thing but with much more ingenuity and imagination there isn’t much room for bands like The Elephants. You have to hand it to them though, because this band do have a knack for the infectious chorus, and have found a brilliant use for the harmonica and lap steel in their music.

It’s hard to imagine The Elephants as anything but fey indie types living in their own dream world. Ultimately it makes me really want to visit Denmark where, presumably, everyone wears pretty dresses and listens to Belle and Sebastian. Unfortunately its release date is at a time when the winter is nearing, and most people will be staying in listening to Sigur Rós or Slowdive or anything else suitably wintry. If they re-release it in seven months’ time they may get a better reception.

I feel bad for giving them a measly 6 – they sound like such a nice band...