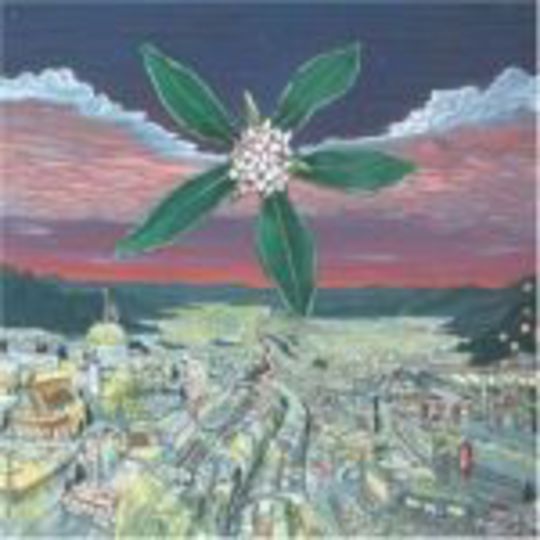 There’s a strange, dichotomous relationship between an artist’s live performances and their recordings, each blending into and playing off the other. A record can exist as just that, a document of a live moment, or as something else, a piece of art outside of time, in and of itself. Adrian Orange’s live show is all about the moment, his stretched, freewheeling frame hurling itself about the stage in a fits of impulsive energy, as though his body were trying to overcome gravity. On a good night, that is; by all accounts Orange’s performances are as much subject to his fluctuating moods as anything else. His extensive discography exists as a parallel to his live ethos, almost all imbued with some sense of spontaneity, the ‘now’ inscribed into them, be it in yelps, exclamations or external sounds and voices creeping into the recording – staking their own claim for the importance of the moment. Nevertheless, what made his last album, Bitches Is Lord, such a monumental achievement was its dedication not only to living for yourself, right now, but for living for others too (not to mention for the past, or for love). It was an admission that living in the world also means living for the world, bitches and all.

Having seen Adrian on his last tour of the UK before the release of this new, bizarrely titled album, it was clear that the introspection of his last record was in the process of being swept away by a cyclone of horns and drums. If Bitches Is Lord took The Microphones or Little Wings as its blueprint, and transformed them into something uniquely, beautifully individual, it felt like Fela Kuti, for better or worse, was undergoing the same process now. It still didn’t prepare me for the sheer size of Adrian Orange and her Band - the band in question are huge (encompassing, amongst others, K regulars like Phil Elvrum and Calvin Johnson), both numerically and sonorously, tight and accomplished.

It’s not just the music that’s changed markedly. If the imagery of his last record was full of solicitous certitude, here the words revolve around a confused mixture of fearful world-weariness and strange, groping hippyisms. After ‘Window(mirror) Shadow’s’ purposeful, pounding introduction, coming off like a particularly foreboding Studio One cast-off, ‘Interdependence Dance’, the record’s highpoint, dives straight into the difference in tone between new and old. The horns preach a bouncy, jazzy intro, Adrian telling us how he “walked away”, that he “heard a knock at my door” but that “it’s just the wind”; whereas Bitches Is Lord was infused with the intricate details and small graces of personal contact, here we’re faced with silence and solitude, the dissolution of connection: “I don’t know anyone, anymore”. In ‘Fire Dream’ it’s relationships that pollute the outside world: “I dreamed that a fire from our bed spread all through town”, the orchestra drumming out a lugubrious funereal tone, plodding and melancholic.

So far so beautiful; it’s when the musicianship and the vocals go their separate way that problems arise: the band are no Maher Halal Hash Baz – these guys are clearly pro. That is to say, the disparity between the choked, atonal vocals (usually a virtue in themselves) and the pulsating, freeform music is vast; when the band start to veer away from Adrian’s narratives and Tourettian outbursts, the songs loose the sense of coherence and purpose that makes a track like ‘Interdependence Dance’ so perfect. ‘Then We Play’ is a case in point, all insufferable side-winding organ and brass solos that veer off and tumble over one another without reaching any destination. Fortunately there are more coherent moments than not, but the best tracks are still those where it’s the vocals that lead the band, not the other way round - on ‘Give To Love What's Love's’ Adrian sounds exuberant, in full, fierce command of a dub army._

Despite the precise virtuosity of the music, Adrian Orange and Her Band is a record that tries to steer away from the destructive, murky specificity of individual relationships; rather than focus on one person, Orange now wants to “love all of you” - it’s no longer moral or personal struggle that preoccupies him. At times, with a full choir behind him he becomes just the lead voice amongst many, the message seeming to be that it’s not Adrian Orange’s place to tell us what to be or think, it’s up to us to make our own path, alone. It’s easy to see Orange as a stereotypically “awkward…ex-teenager”, but here he’s not thrashing out or preaching revolution, but trying to articulate a worldview that advocates 'love' (whatever you take that to mean) and independence (as opposed to interdependence, one assumes). In this light, the record’s final declaration of “I'll keep my soul…you can keep your money” becomes empowering, rather than pointlessly naïve, a statement made by a genuine maverick and an unarguably unique artist. If his new found solitude (“I don’t need you” he tells us on ‘Keep Your Money’) is disheartening, if his lyrics are as both as bad and as good as they have ever been, Adrian Orange and her Band is at the very least a vital snapshot of a singer engaged in a constant process of artistic discovery and renewal, with startling, fascinating, often wondrous results.