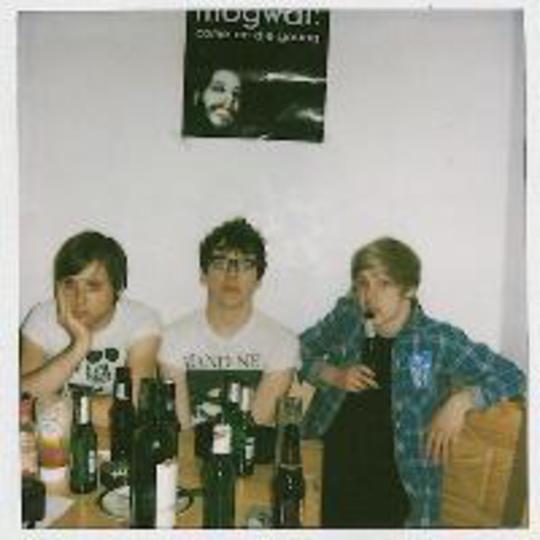 They’re bound to draw comparisons galore with the likes of Idlewild and Biffy Clyro but, nationality aside, this Scottish trio share oodles of musical nuances with those two heavyweights. With a relentlessly bouncing chorus and breathy emo-ish vocals which split into harmonies and shouty yelps at the flutter of a contemptuously curled top lip,* The Xcerts *seem to be inviting the pigeonholes.

This single’s been released on Get Cape’s label and the Weezer comparisons just aren’t going to go away - especially not with lazy journalists who merely insist on focussing on musical and spatial similarities.

The fact of the matter is that when young bands wear their influences so proudly and with flurries of wild abandon that remind you of that chirpy indie scene of the turn of the millennium where there was less talk of sulking and rehab and more of having a whoop-de-do lovely time, it's only natural to mention those that have become godfathers to this music.

It’s a fair bet that The Xcerts are going to be making big strides in 2008 – both musically and in terms of popularity – so keep an eye out for them.

Video: ‘Just Go Home’ live in Brighton
Log-in to rate this record out of 10
Share on
Love DiS? Become a Patron of the site here »