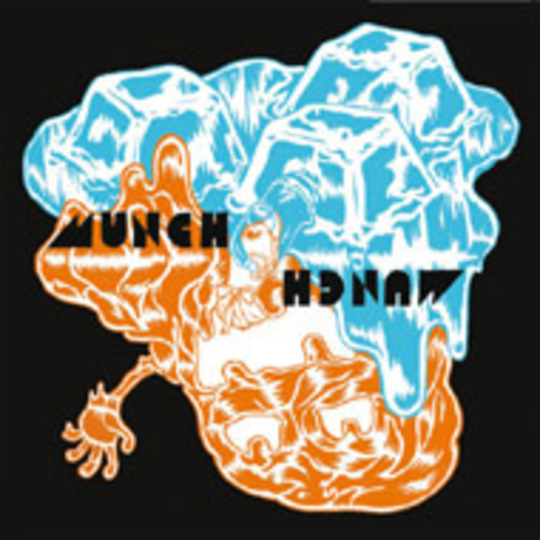 Why pick one song for single of the week when you can have four? That’s how many movements, if you will, are packed into this Tomlab-released 7” from Bristol-based quartet Munch Munch (and four might well be selling ‘Wedding’ short). Reference points are tossed about liberally and wildly: The Unicorns and Deerhoof are touchstones of inspiration, for sure, but the end product is quite unlike what any established constituent parts could have envisaged at the outset.

Ostensibly this is prog-rock, but not as anyone’s known it to date: discordant beginnings and chant-along mid-period meanderings build to a climax propelled by keyboard stabs and squealed vocals recalling the hyper-ADHD approach of Klaxons and their scene-also-runners protégés as well as the cross-Atlantic tomfoolery of Man Man. It is deliriously bonkers, all clatter and clang and smash and grab and wow; it may well itch and irritate the senses at first, but given the attention such creativity deserves ‘Wedding’ ultimately reveals itself as one of the best singles of the year from a domestic act.

You will, like us, be off-key grunting “uh uh uh uh uh-uh-uh-uh” for months to come. Munch Munch: you scare us with your hydra-headed tackling of odd-pop, but there’s simply no resisting such dizzying delicacies as this.

_Listen to the track at Munch Munch's MySpace page. _

For more reviews of this week's singles click here.