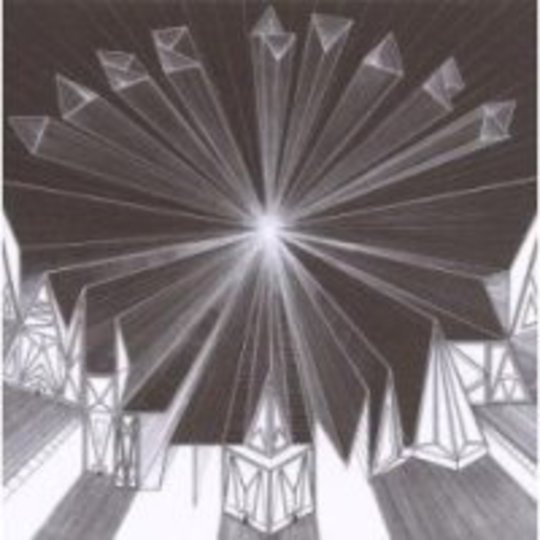 I quote my flatmate on a theory he has regarding Shellac: “It’s like musical sex that keeps building and building – but there’s no orgasm”.

For the record, he hates Shellac.

While I don’t agree with his viewpoint on the ever-charming Steve Albini’s mega band, I do feel as though his analogy is quite pertinent in relation to White Magic’s new Dark Stars EP. There is something very, very beautiful happening here, but unfortunately, I don’t really believe it’s going anywhere.

White Magic is a band lead by indie/folk name-drop-worthy (and current Brooklyn resident – firmly apply scene points here) Mira Billotte, who on this EP allows her sultry and liquid-lined vocals to pour over us; her voice, combined with her lyrics, transmit a range of emotions to the casual listener – from idle anticipation and hopefulness (such as on the EP’s melodic opener ‘Shine on Heaven’) to brooding, sensual anxiety. She croons on ‘Very Late’: “Where have you been boy? You’re home very late… You’d better take me home. You’d better be at home”. As I listen, I feel as though I genuinely understand where she’s coming from. I probably don’t - after all, she is talking about a boy - but this can still be considered a triumph to Miss Billotte’s songwriting skills.

Nonetheless, musical minimalism does not on the whole work to this EP’s benefit. As transcendent and plush a song like ‘Shine On Heaven’ is, the lack of melodic progression that occurs throughout its five minute-plus duration really is detrimental to White Magic’s dynamic, and ends up making the song seem even longer than it already is. On the other hand, when White Magic finally begin to mess around with their song structure and chord progressions on ‘Poor Harold’, the result is a chaotic heap of raucous yelps, tinny cymbals and pointless noise (not even the good kind) which seem to have been half-heartedly thrown in at the last moment. Yikes.

Nonetheless, the final song on Dark Stars - titled ‘Winds’, it again favours the ‘melody multiplied by repetition equation’ - is kept alive by Billotte and accompanying vocalist Doug Shaw’s subtly intertwining choral harmonies, which present an interesting and warming variation on the stable tune provided by Billotte’s piano. This song makes me believe that White Magic possess the ability to become something really unique, that they may still obtain the ability to transform their memorable and grandiose melodies into truly unforgettable ballads.

Until that happens, this is just musical sex without the orgasm. Okay, it’s not sex. It’s love making – and very pretty love making at that. Probably in a field somewhere.