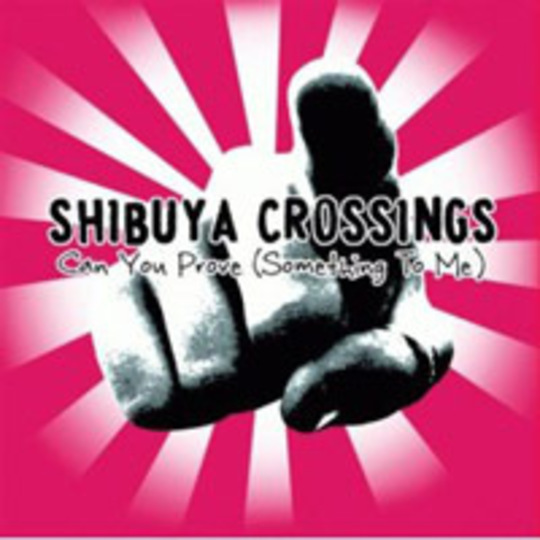 Horribly dated though this single is, it’s tough to come down hard on Shibuya Crossings so far as accomplished execution goes. ‘Can You Prove (Something To Me)’ is exactly the sort of song that would feature when the central character of some mid-‘90s goofball comedy was driving hella fast to right something he did wrong. And probably win the girl who’s yet to come around to his charms. Like something from the Dumb And Dumber soundtrack, then.

The Northern Ireland-spawned outfit – fronted by one Declan Harrington – aren’t ever going to get anywhere commercially speaking with run-of-the-mill indie-pop like this, vaguely reminiscent of Teenage Fanclub in their less-than-revelatory moments. But it’s easy to see them attracting and maintaining a healthy live following if the rest of their material is as accessible as this. In this instance, then, it’s perfectly complimentary to summarise a single as inoffensive and be done with it.