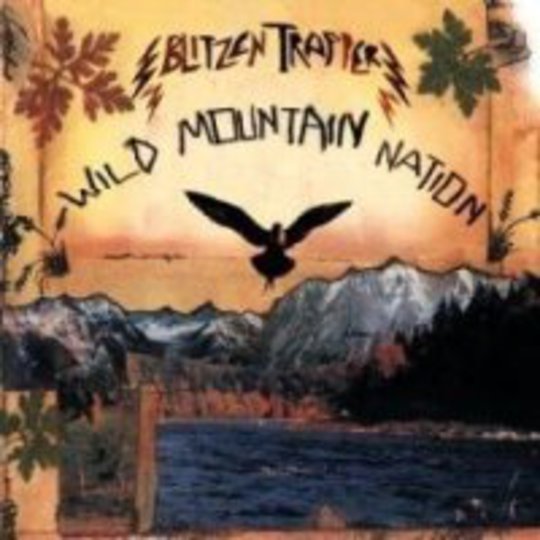 It’s strange to think that you can place music in such a worryingly singular set of boxes that anything that stretches beyond the linear causes a bit of a rumpus.

Take Blitzen Trapper. Wild Mountain Nation may be founded upon a solid brew of late-Beatles-born, ‘60s-inflected American indie_ a la The Lilys or The Dandy Warhols, but they will throw anything they care into the soup in order to make it that bit more piquant. Thusly, you have opener ‘Devil’s A-Go-Go’ suddenly offering mariachi moments, sounding like a drunken, tequila-happy Shins. The equally joyous title is sweet and sharp-toned, complete with Jack White-esque country guitars, while ‘Miss Spiritual Tramp’ initially implies they’ve been in love with Hendrix’s _‘Foxy Lady’ all along, but quickly divulges a deep admiration for Beck-echoing country hick-hop. It’s odd indeed, but beguilingly so; after a few listens, Blitzen Trapper manage to perform the ruse of making it all fit naturally and seamlessly. A fine trick indeed.

The key is that it’s all hung together by exceptional song writing. At its purest you have something like ‘Futures and Folly’, a harmonised, psychedelic pop gem that’s occasionally reminiscent of Elliott Smith. Or the straight-up fuzz pop of ‘The Green King Sings’. And only on the rarest occasion does _Wild Mountain Nation sound wilfully difficult and resultantly unpalatable. ‘Woof & Warp Of The Queen’s Giant Hem’ is one of those, fixated on making as ‘out there’ a mess of a sound as possible rather than underpinning it all with glorious hooks and melodies. Clearly a large part of the band’s charm comes from their refusal to play the same linear game all the time, but (very) sporadically you feel they do slip into the folly of mixing things up for its own devilish sake.

Fortunately, things fly by. Most of the tracks are under three minutes long, so if there’s anything that does grate, it’s swiftly over. In fairness, for the cumulative 13 tracks and 34-minute running time, there’s very little that raises the heckles after a few listens. Indeed, upon deeper exploration, there is much to hang your heart on; especially the fragile, Americana ballads ‘Summer Town’ and ‘Badger’s Black Brigade’, which nod to the best of Wilco’s hazy pharmaceutical excesses.

Wild Mountain Nation stands alone as something of interest and disregard to the normal guidelines and restrictions in guitar pop. For that, we have much to be thankful for.