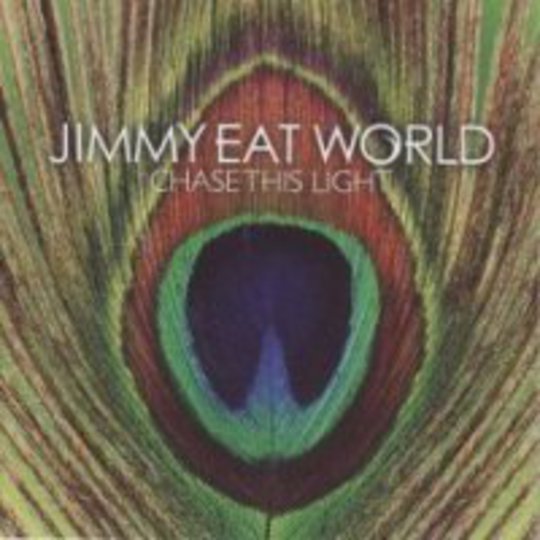 Jimmy Eat World: I Am Bored. Naturally, it’s all your fault; subjecting me to three-quarters-of-an-hour’s worth of middling, gloopy radio rock that actually sounds like it’s a double album’s worth of over-produced slop compressed and shoved into a single disc.

Your previous, oddly-lovably insipid emo has merely become a large bowl of wretched, inappropriate, adult complaining. You remember how in Clueless the heroine-to-be, played by Alicia Silverstone, complained that her ex-brother only listened to Complaint Rock? Well, essentially, she was pre-empting your new record by an impressive 12 years. Even up to Bleed American there was something rather cute about the grown-man-in-denial stance you’d taken. I’ll admit I really rather liked you. A lot. But now it sounds like a set of middle-aged men wedging themselves into some cargo shorts. Earnestly. And then slipping on some sensible brogues to avoid fallen arches. You’re a mess.

I blame the record company for actually letting you produce your own album. I didn’t realise that alternative rock albums were meant to sound so slick and polished you could play air hockey on them, but hey. Whatever works in your modern rock format. You used to be cool, because you were a little edgy, but so, so profoundly geeky. Now you’re neither. You’re a failed emo piano concerto.

But most of all, these songs really blow, man. Way to top-load it with three half-decent tracks at the start, but beyond_ ‘Big Casino’, ‘Let It Happen’ and ‘Always Be’, it becomes the most interminably dull collection of over-wrought ballads like ‘Carry You’ and the suicidally bad ‘Gotta Be Somebody’s Blues’ or limp-cocked guitar non-anthems like ‘Electable (Give It Up)’ and ‘Feeling Lucky. I can’t even bring myself to scrape my ears over the finishing line; why _on earth would you throw two demos that WEREN’T EVEN GOOD ENOUGH TO MAKE THIS ALBUM onto the end of my ‘UK edition’? Haven’t you treated us like cunts enough?

I used to like you, Jimmy Eat World. Now I feel dirty.

Still see you at Brixton Academy though, yeah?