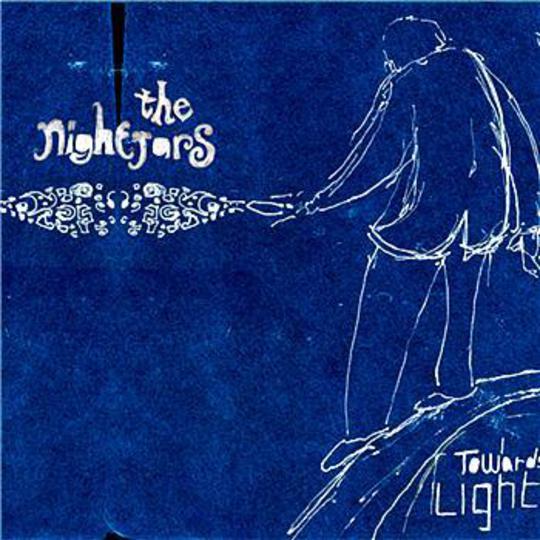 Two years ago Manchester four-piece The Nightjars seemed to be on the verge of something big. Heavily tipped by many within the industry, including yours truly here on DiS, their early demos coupled with the ferocious intensity of their live show suggested that anyone looking for an adrenaline-fused antidote to post-Libertines Britpop need look no further than up the M62. But then, as seems to happen all too often with bands pushed into the limelight during the learning stage of infancy, all went quiet without so much as a murmur.

Several scenes and umpteen coattail hangers later, The Nightjars have finally re-emerged with their debut mini-album. While there'll be a few cries of "About time!" amongst the shrugged shoulders and nonplussed looks, there will also be several shreds of disappointment with the fact that at least half of the songs that make up Towards Light have been knocking around ever since those early days, and although there is the argument that not enough people may have heard them back then, the overriding picture is one of a band that in the ensuing two years hasn't really moved on a great deal.

Gripes aside, there's still a degree of seminal anger within The Nightjars' armoury. Singer Ollie Wright delivers album standout 'Stay Focused' like a man possessed while the post-relationship breakdown narrative of 'MDMA' could be the Razorlight it would be okay to like if their singer wasn't so preoccupied with himself.

All in all though, one wonders why this record took so long in the making, as despite the assistance of producer extraordinaire Kramer, there isn't really any significant difference between the songs here and their earlier, home-recorded format. More importantly though, is the fact that this record doesn't really do the band justice, as live they really are an energising force to be reckoned with, and as a result one hopes their hiatus and subsequent half-stated re-emergence hasn't done The Nightjars a disservice in the long run.