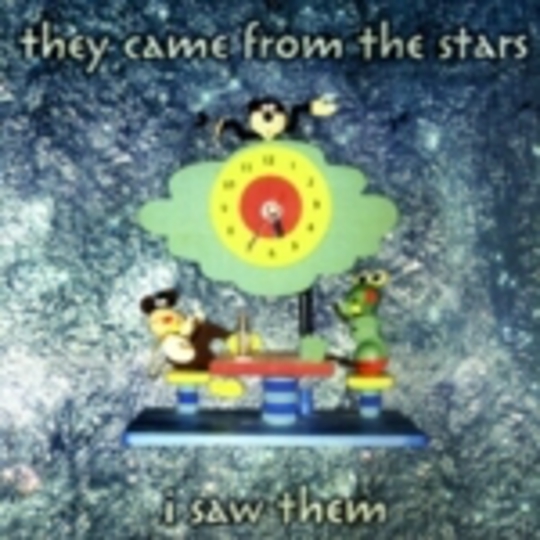 Not that DiS is suggesting this to be a good idea in any way, but if you ever happened to be particularly wonky on a concoction of naughty substances and decided to bust out your TV-taped copy of the original Star Trek series, and your ears thought it would be a funny idea to process that signature tune as speeded-up electro-disco, your brain may well dump out bits of the a-side from this They Came From The Stars I Saw Them 7”.

With vocals that swing from the soft delivery of Hot Chip to something wholly robotic, and more chanted than sung over sci-fi noises that bend and wilt at the edges, ‘(It’s Always) Boomtime, part one’ is as permanently skewed as the Stars’ quest for “boys and cars and money and girls and boys and music from the stars and girls” suggests it might be. It’s the kind of glo-stick encouraging, art school dance-electropunkery that the kids are currently going mad for, only it was recorded five years ago, so they’re that cool.

But ahead of the times or not, could this just be neon-clad disco-wank? As they start doing ape impressions over the line “we are the space ape, put it on a tape, throw it at the Tate” and the whole thing temporarily descends into a shit-flinging mess, I suspect so, if only because the aa-side effort of ‘The Unstoppable Kite’ is much more serious, and so much better until they start trying to blend in the ‘incorrect’ sound from Family Fortunes and I press Stop for the last time.