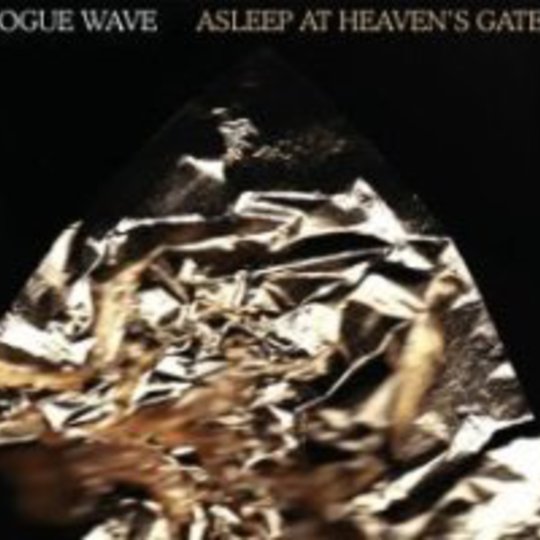 Appearances can be deceptive. Take* Rogue Wave* for example. Open up their particular can of indie-pop worms, and the top layer implies fun yet anodyne standard Portland, Oregon-esque (despite them being from Oakland, California) fare. Spoon deeper though, and there’s numerous levels of nutrition to be had.

Opening track ‘Harmonium’ suggests they’re fondly aware of their indie heritage, with the song’s pounding drums, scant vocal melody and ringing guitars. Indeed, it would surprise no-one to hear that they have toured with the likes of Nada Surf and Death Cab For Cutie. ‘All I Need’ is mellifluous pop and it’s so far, so bleugh. Move beyond, though, and ‘Chicago x12’ is a fine piece of yearning with sheets of crispy rock layered at its bottom.

It’s as you reach the nougat-y centre of Asleep At Heaven’s Gate that the record reveals its true nourishment; at its core, it’s a woozy, poppy take on heartland Americana that's equally indebted to late-period Beatles. ‘Lake Michigan’ is opiated pop that recalls Whiskeytown circa_ Pneumonia. ‘Christians in Black’ follows the theme in a stripped-down, acoustic-only form and is both beguiling and charming. ‘Own Your Own Home’ rings out grandly with piled guitars and a chorus that towers till it topples on itself, while ‘Fantasies’ entwines Medusa-like harmonies with a Southern Gothic vibe that hints at the majesty of _Life’s Rich Pageant-era REM.

It’s not a perfect album and there is the odd dud, such as the hippyish ‘60s freak-out of ‘Phonytown’. Additionally, similarities in vocals will mean that Lazy Shins Comparisons are inevitable, but when Rogue Wave break out of the confines of indie-by-association they prove they are a fine band indeed.