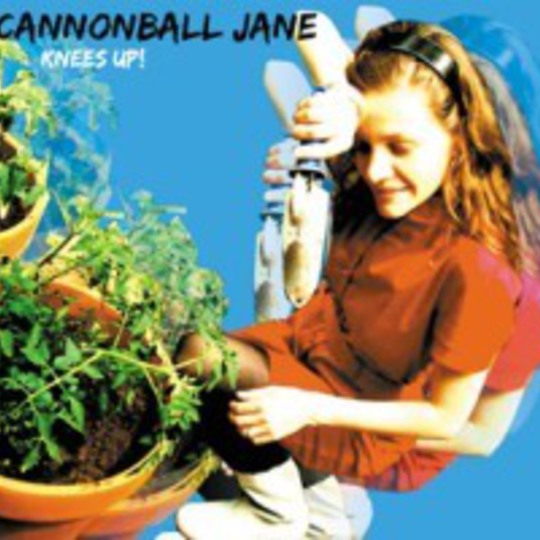 Y’know how Dave 1 of Chromeo teaches when he’s not singing ‘bout being called a liar, right? So does Sharon Hagopian, aka Cannonball Jane, and much like the modern masters of fancy footwork she delivers healthy doses of everything retro alongside her twitchy dance beats. It’s the old-school soul of hip-hop, NYC style, filtered through the rather ramshackle frame of, say, a Beck figure. Samples are used cleverly, and Hagopian’s vocals drift in and out of the mix with real siren quality.

Her Knees Up! EP features three takes on ‘Take It To The Fantastic’: the original, Ad Rock’s Smallstars Remix – an oddly chopped arrangement, one that relegates the vocal to a position well beneath some fractured beats – and DJ Downfall’s splurdge-funk Latina-tinged Smash Hit Radio Mix. Clearly said song is the ‘hit’, then, but the accompanying four songs make this a more-than-worthwhile introduction to an act hardly pushing boundaries but having a hell of a lot of fun just being, full stop. It is an emoticon smile, made music.

Mild-mannered is how Hagopian is described in the accompanying blurb, and this music is incredibly polite – it’s not really in your face, content to plink and buzz away in the background to some other focus of attention. It’s not going to divide opinion in the manner of Chromeo, that’s for sure. But as aural wallpaper goes, Knees Up! comes highly recommended.